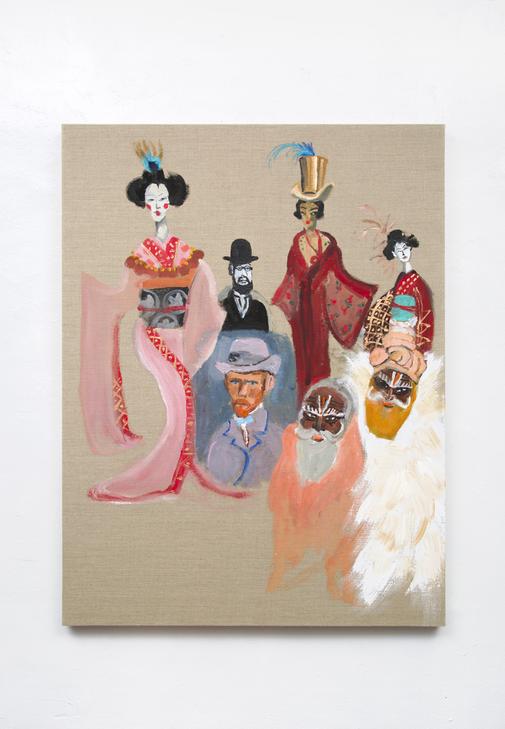 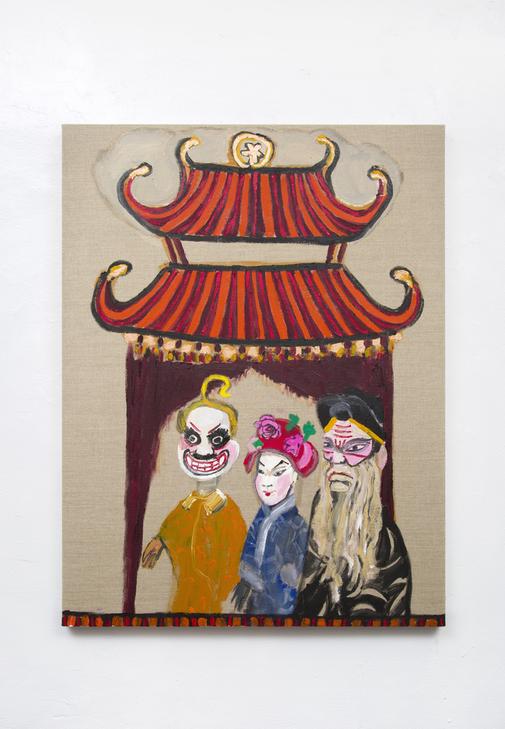 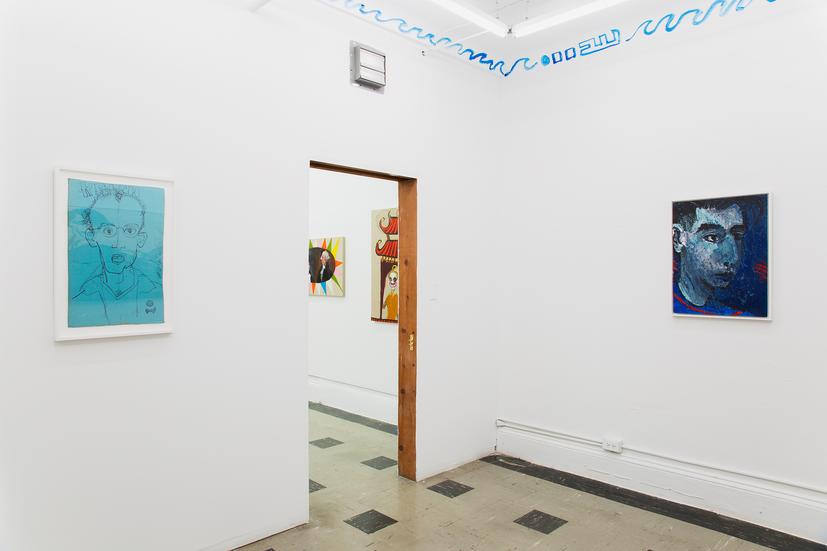 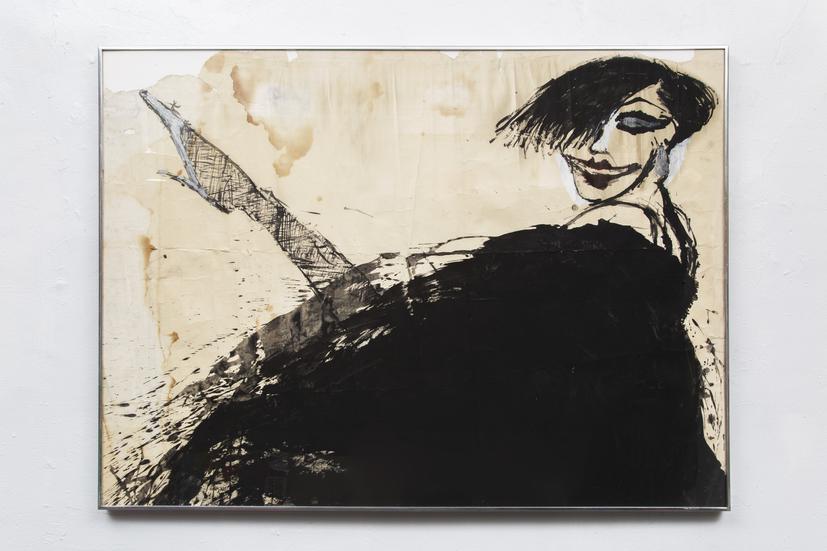 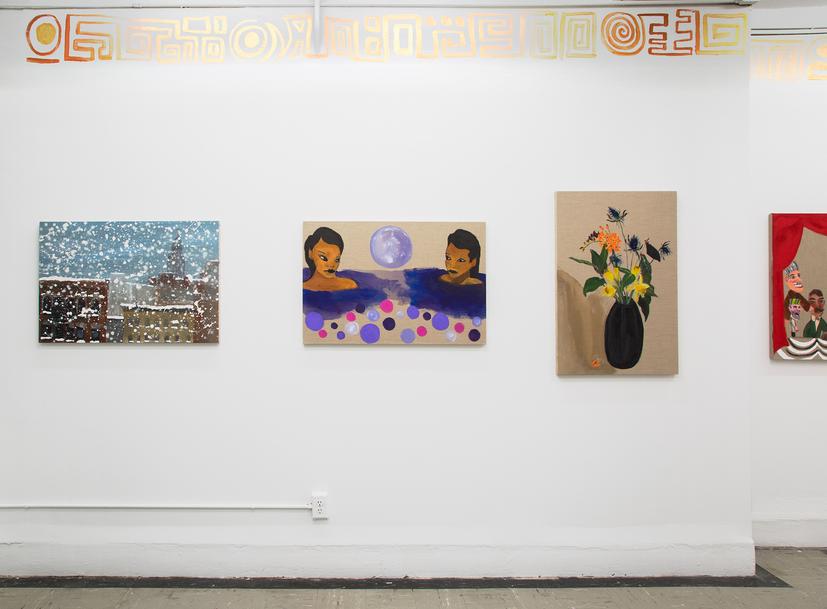 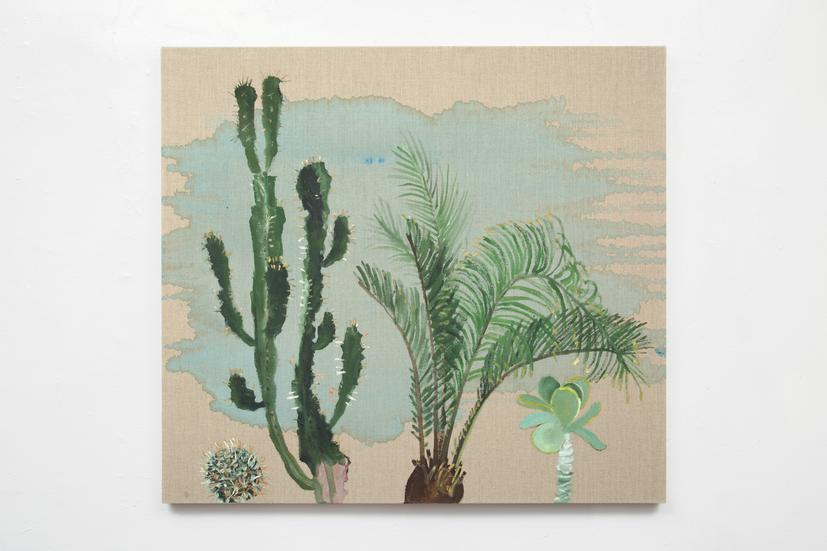 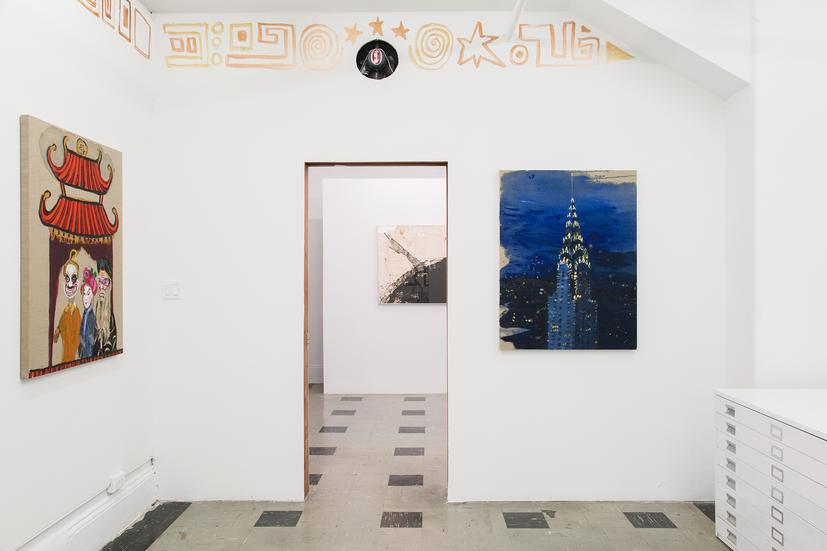 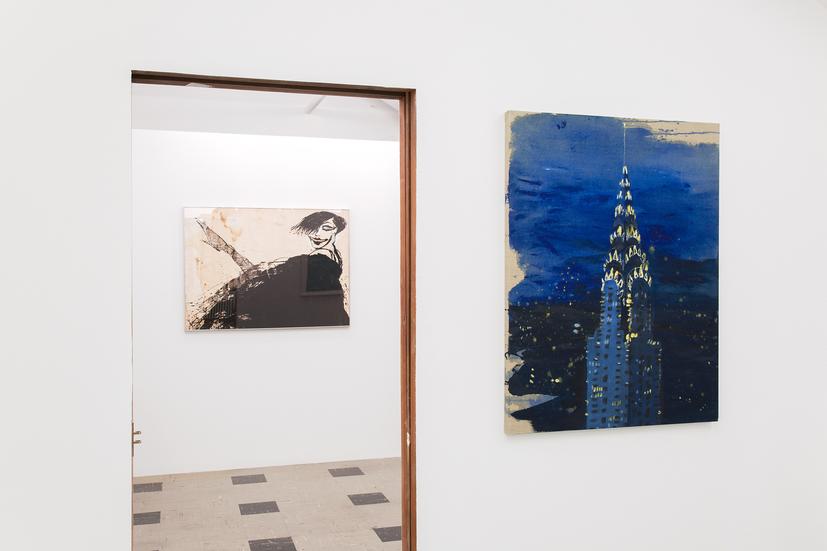 A legendary underground drag performer, actor, muse and raconteur, Tabboo! performed regularly in the East Village underground scene and worked in close dialogue with his peers, including Jack Pierson, Mark Morrisroe, Nan Goldin, David Armstrong and Pat Hearn. Tabboo!’s design for Deee-Lite’s World Clique album is an iconic image of early 1990s music, and he is also widely recognized for his drawn and collaged ads for the Pyramid Club. Since he was a child, however, the foundations of his art have always been painting and puppetry.

The larger portion of the exhibition will be devoted to new work: still lifes and cityscapes painted in acrylic on unprimed linen. Using puppets, houseplants and the expansive view out his living room window as protagonists, Tabboo! creates a universal theater within his modest East Village apartment. A kind of duel between a love for tradition and drag’s mischievous undermining of convention can be discerned in all his work, with elements reminiscent of paintings by classic figurative artists including Emil Nolde, Van Dongen and Alice Neel. The opulence and simplicity of unprimed linen become a backdrop for an almost Japanese exercise in concentration and improvisation, as brushstrokes are meditatively and courageously applied to form images that cannot be corrected or changed. Layered spaces are built up, often starting with an open wash of color that functions as light and sky. Like actors, motionless living plants and puppets are arranged and rearranged to interact with one another, forming dramatic tableaux that can be tender and satirical, or poignant and uproarious.

The gallery’s smaller room will contain a selection of works created in the early eighties when Tabboo! first arrived in New York and moved into a Soho apartment with Pat Hearn. Painting on materials he found in the street, Tabboo! channeled the neoexpressionist zeitgeist of the time, materializing faces with aggressive colors and agitated brushstrokes. A large self-portrait as Sally Bowles will be accompanied by two additional self-portraits and a drawing of Keith Haring created at the Pyramid Club. A frieze painted directly on the gallery walls above the works will turn the space into a theater while re-creating the ambiance of his East Village home. 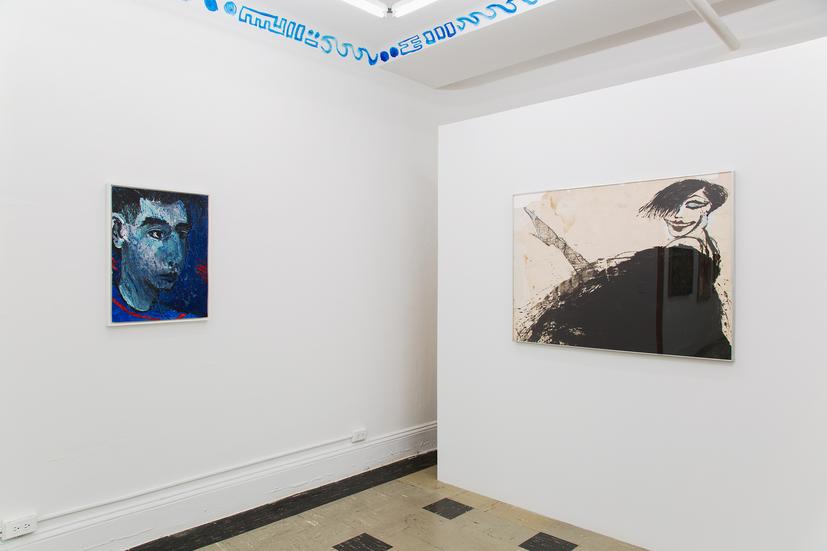 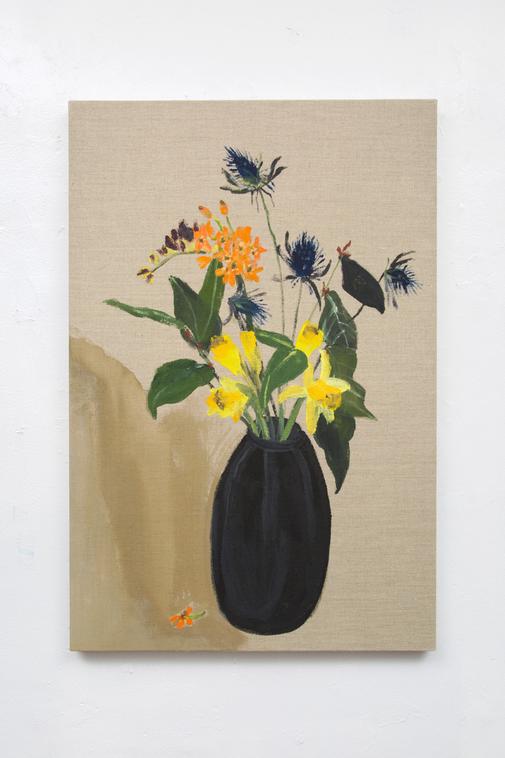 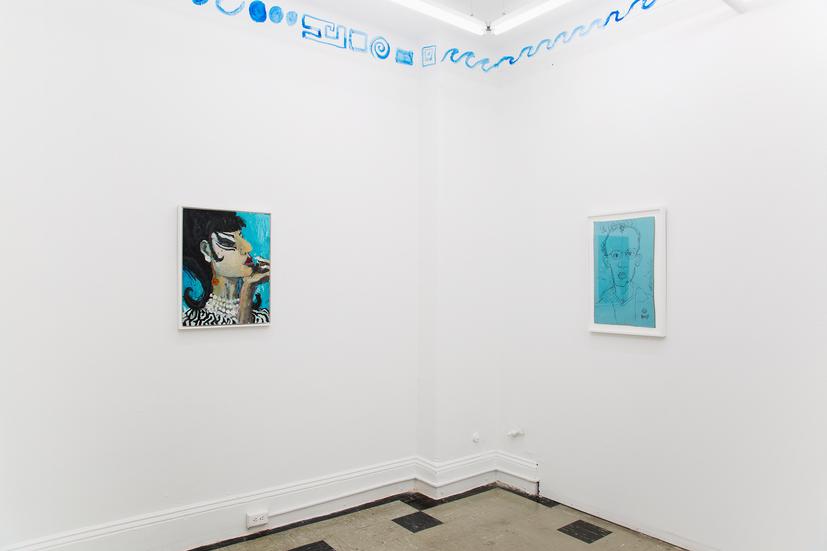 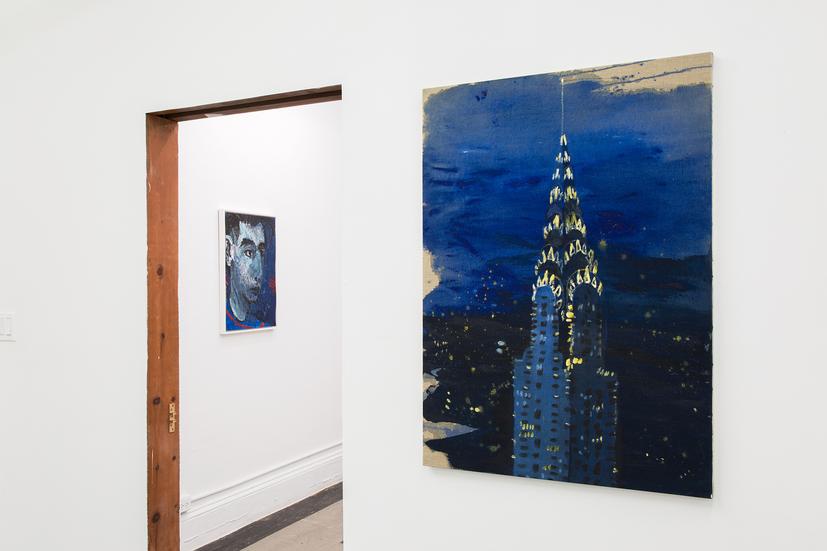 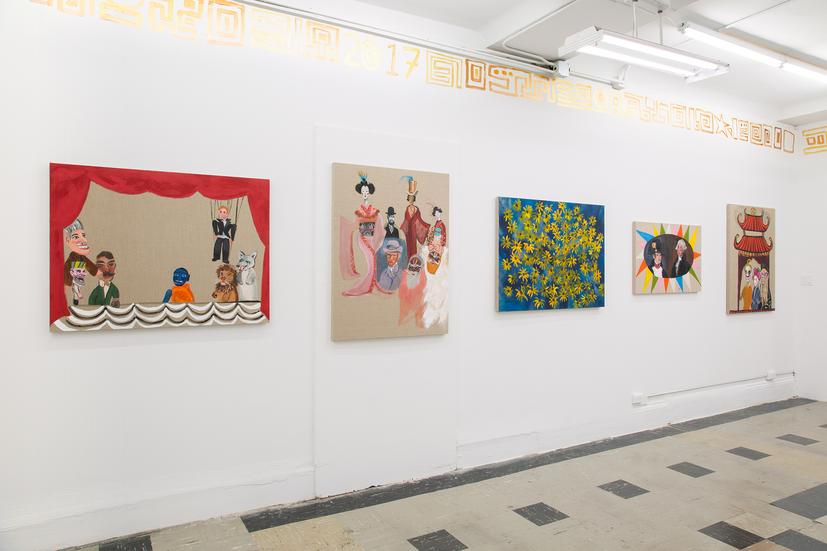 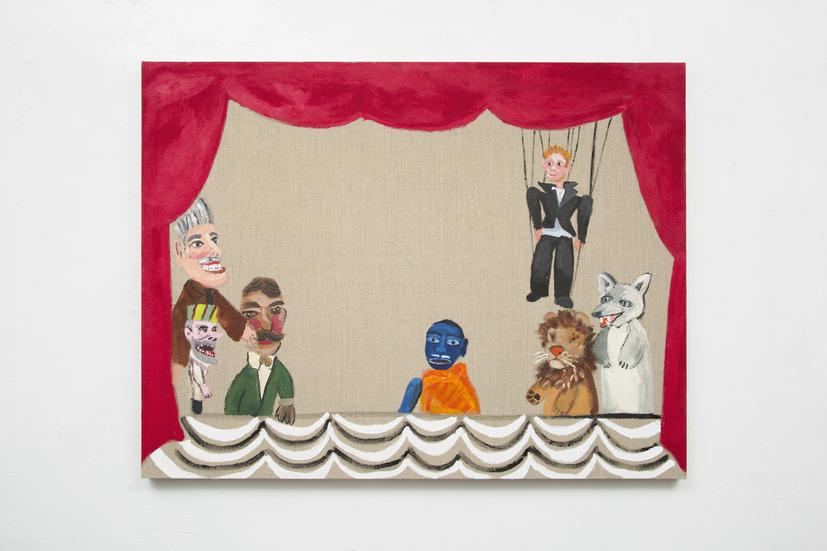 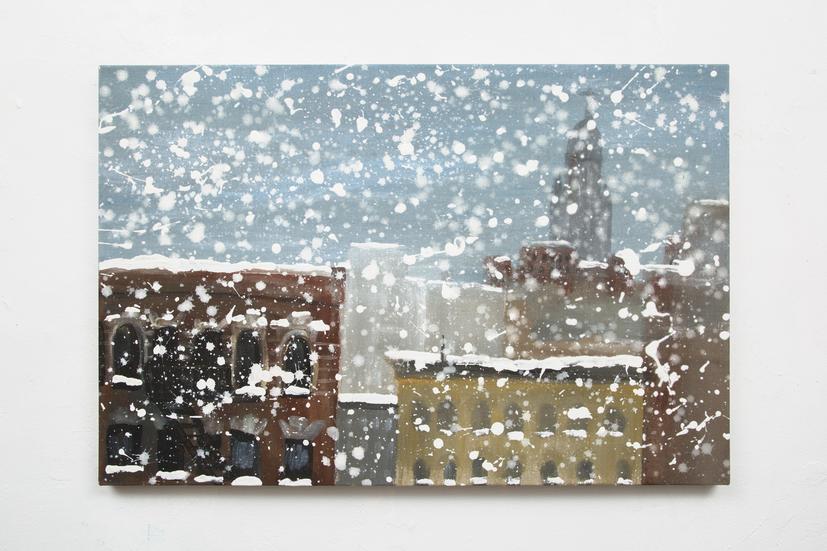 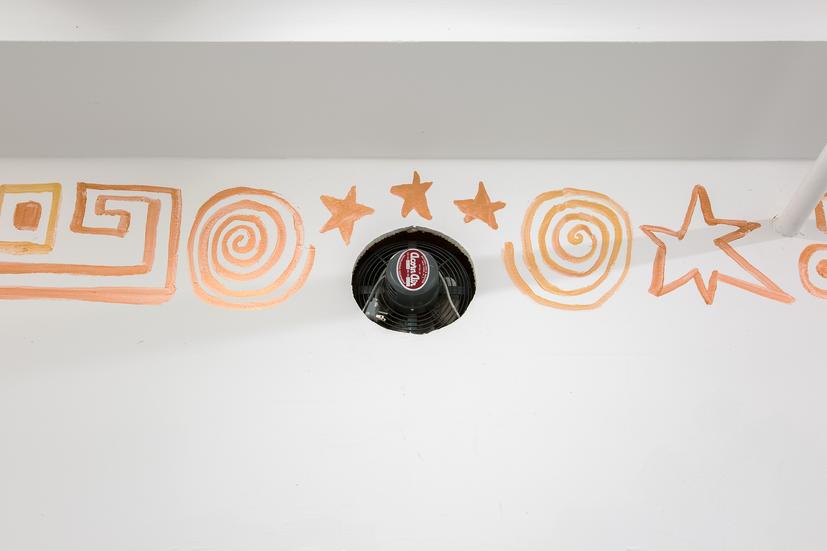 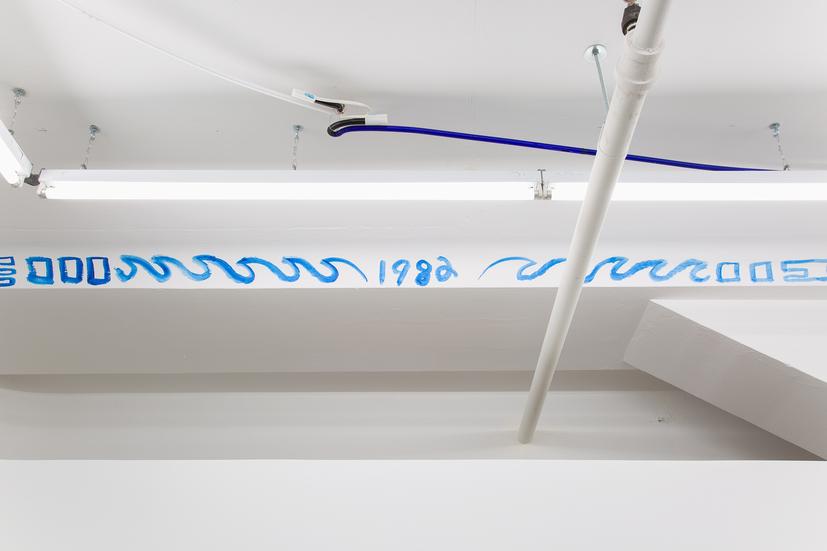 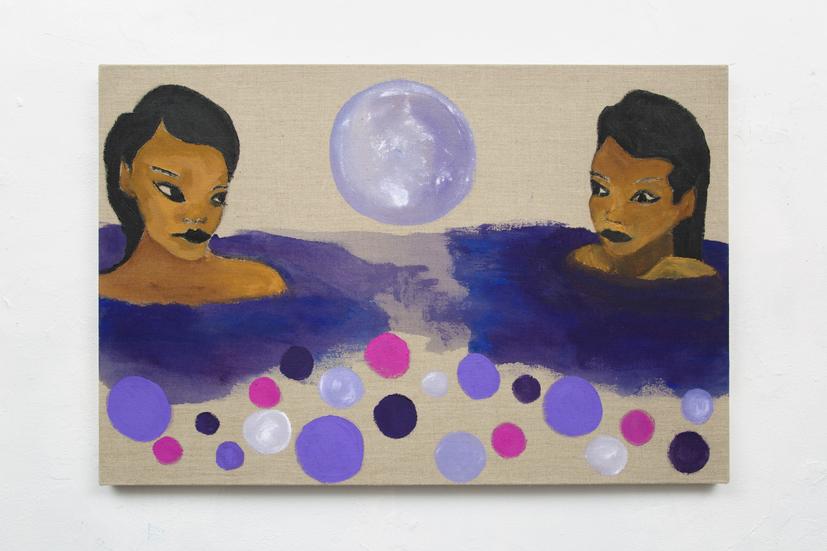 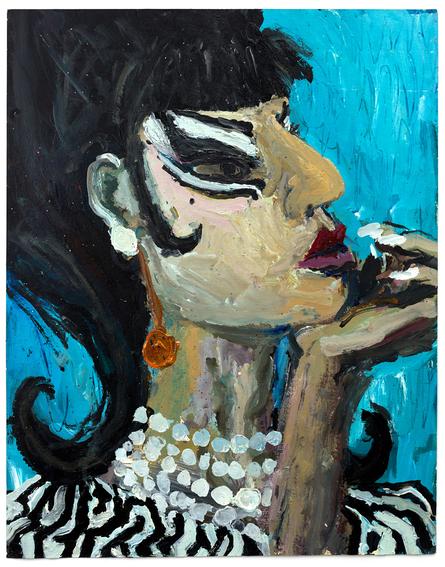 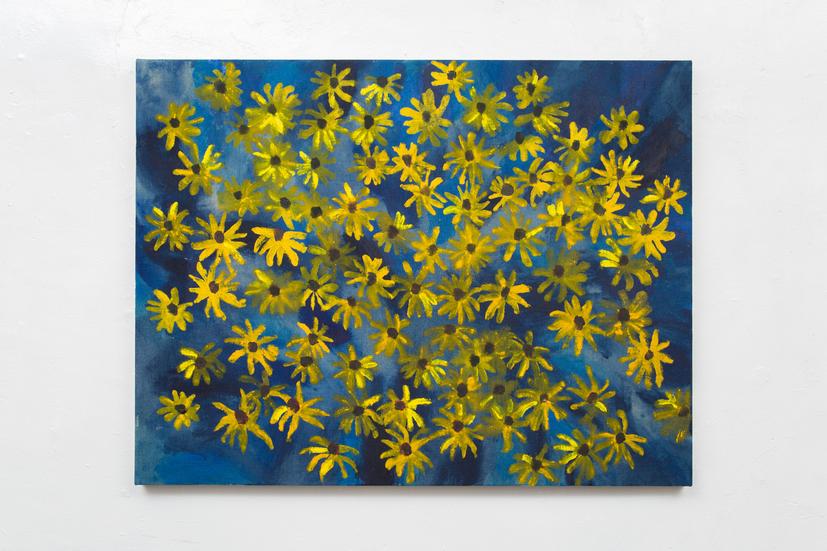 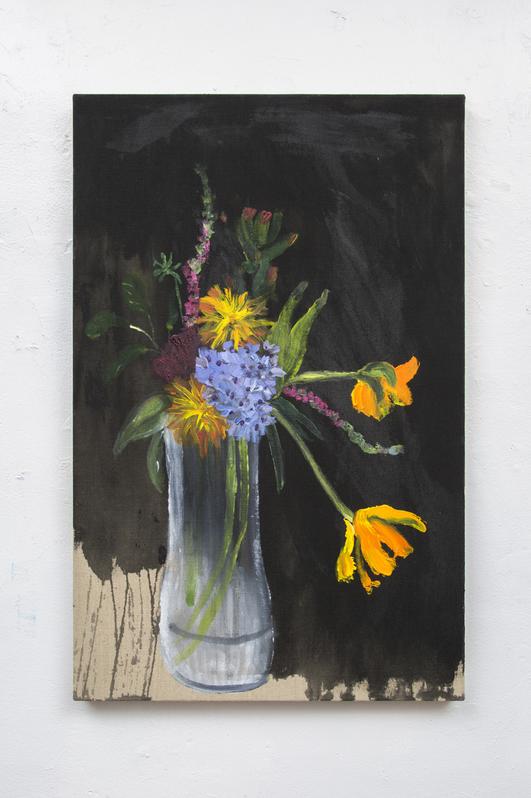 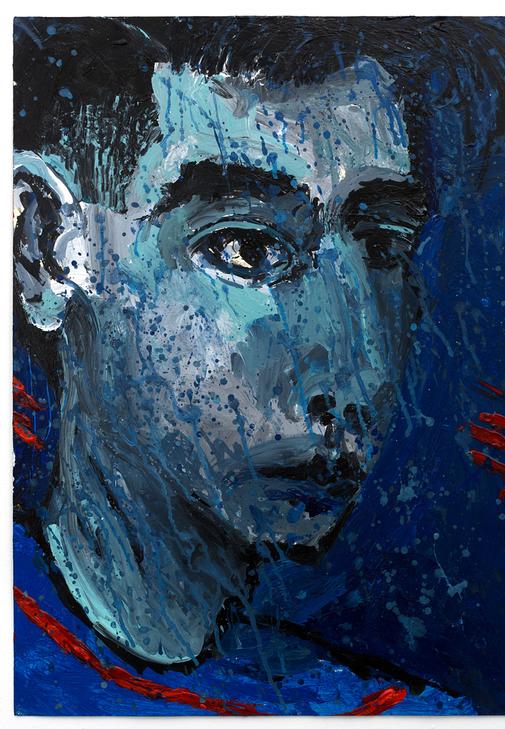 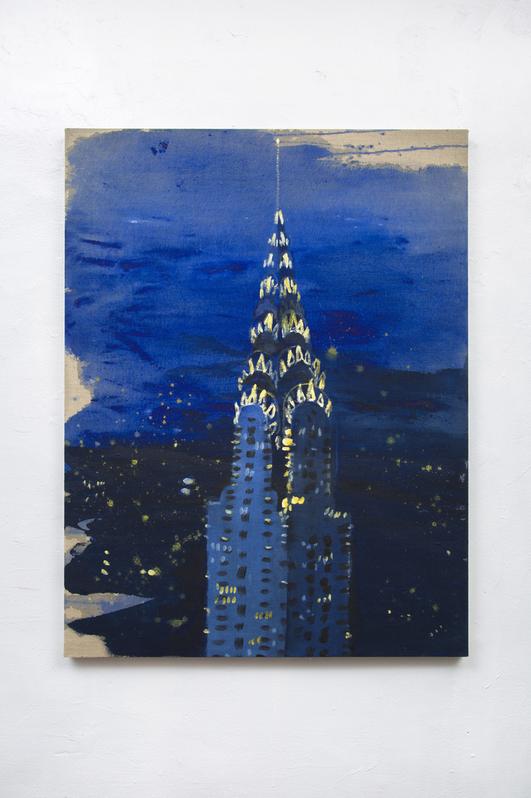 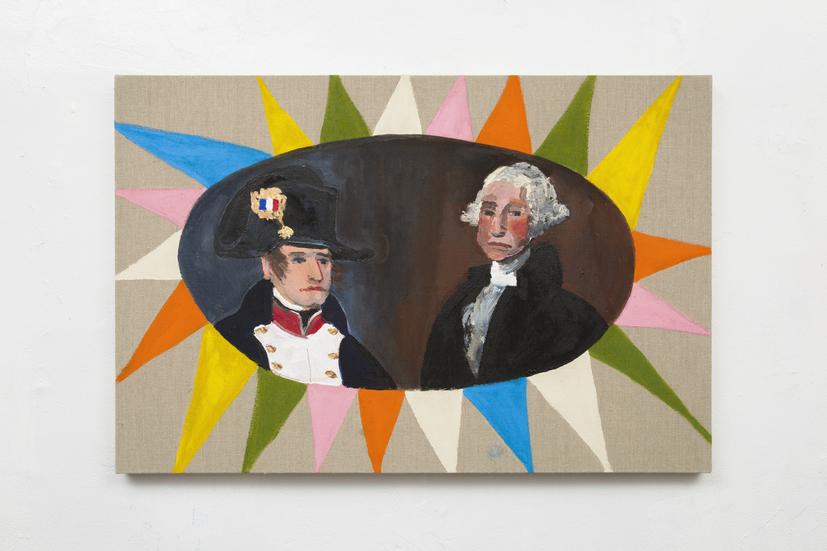 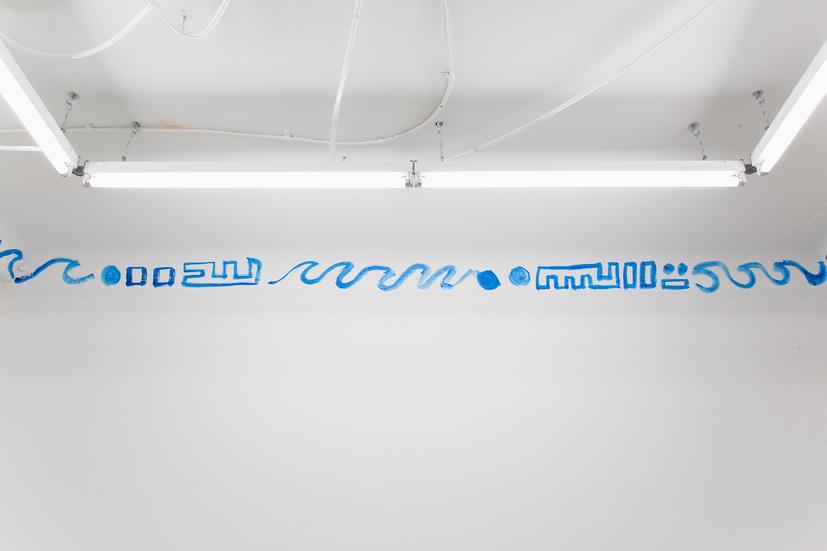 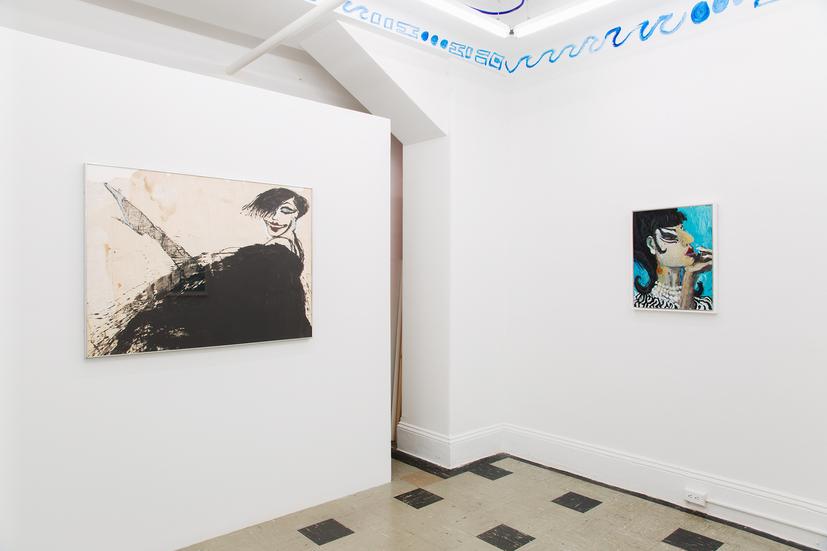 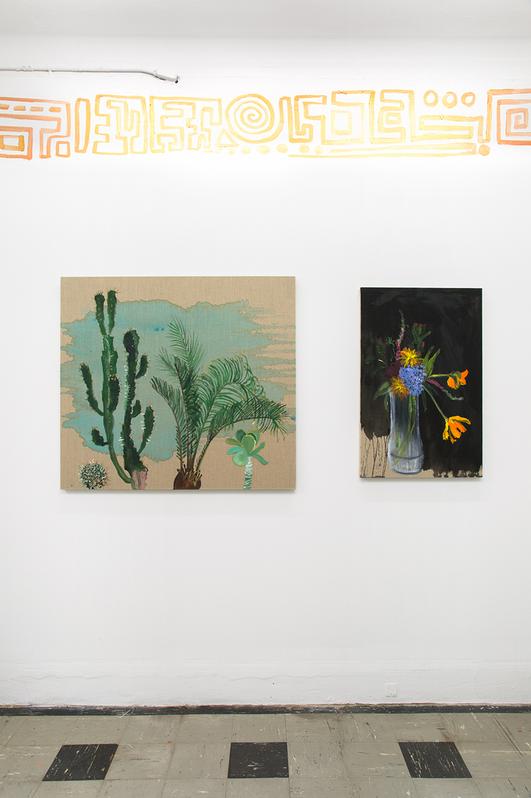 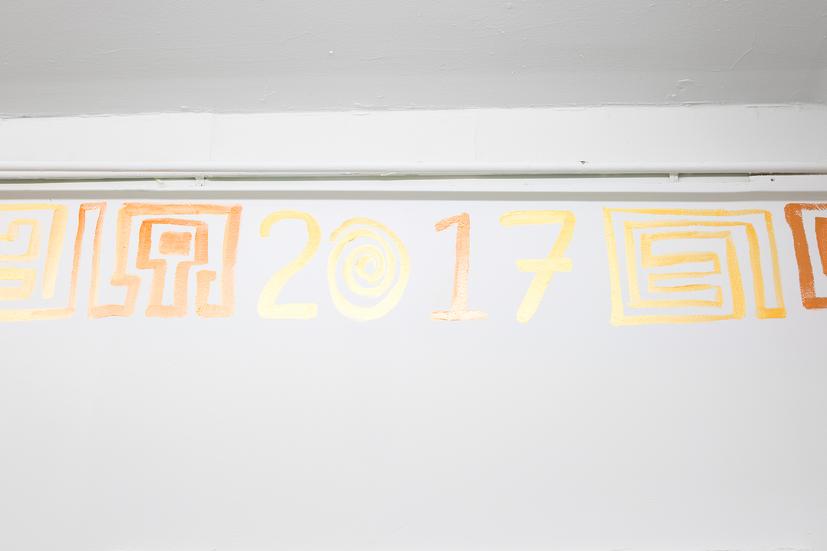 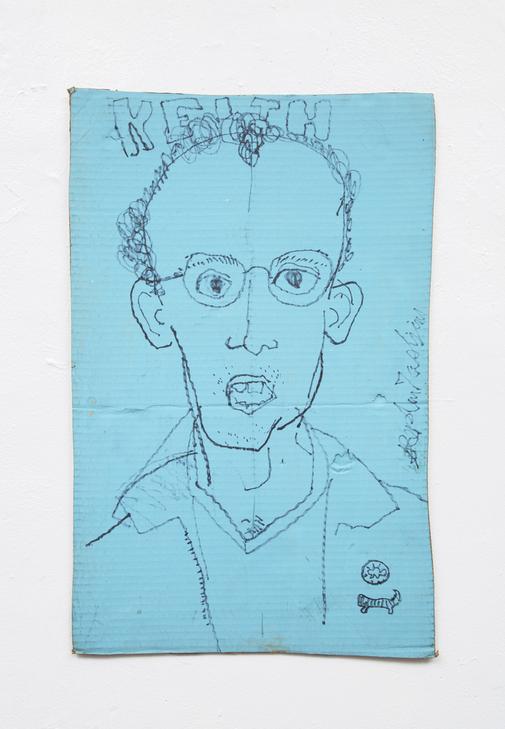