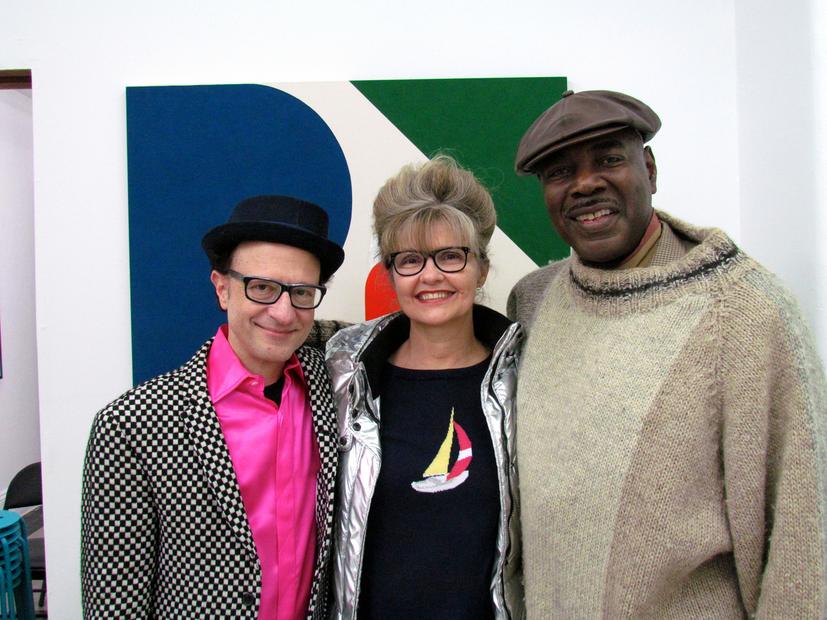 Wayne Koestenbaum is a poet, cultural critic, and visual artist working in painting and drawing. He lives in New York City, where he is Distinguished Professor of English at the City University of New York Graduate Center. Koestenbaum has exhibited his drawings and paintings at White Columns, NY and 356 S. Mission Rd., Los Angeles, and has performed most recently at The Kitchen, NY, The Renaissance Society, Chicago and Walker Art Center, Minneapolis.

Frederick Weston was born in Memphis, Tennessee, raised in Detroit, Michigan, and currently lives and works in New York City. He is a self-taught artist who studied fashion design and participated in the club scene in Detroit before moving to New York to enter the world of art and fashion. Weston’s work has been included in numerous exhibitions and programs with Visual AIDS including panels at La Mama Gallery and the Whitney Museum of American Art in New York. His work was also included in Tag, curated by Nayland Blake at the ICA Philadelphia.