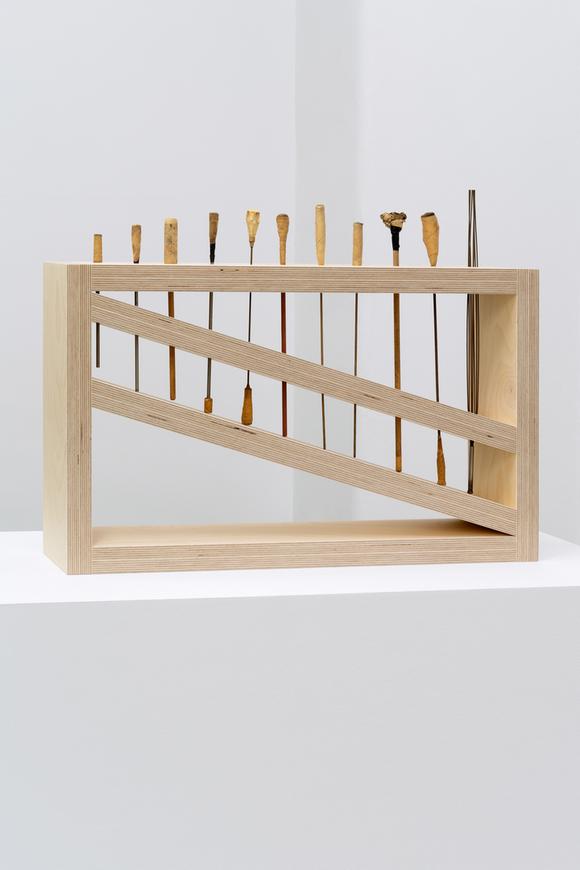 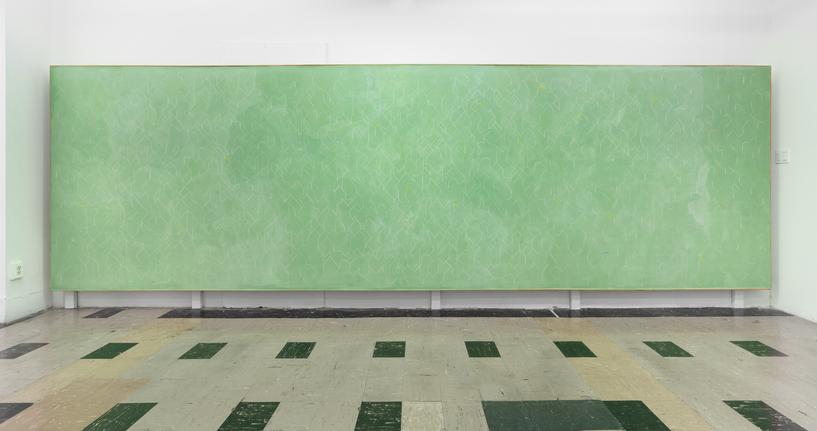 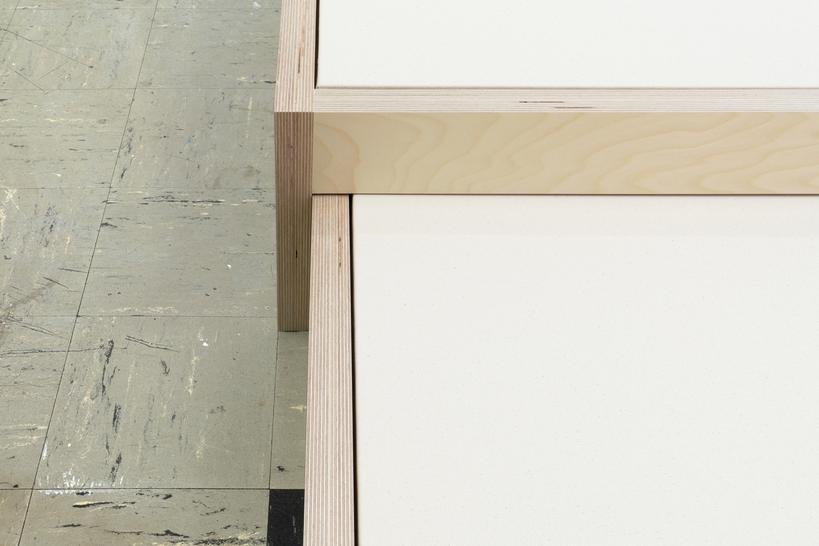 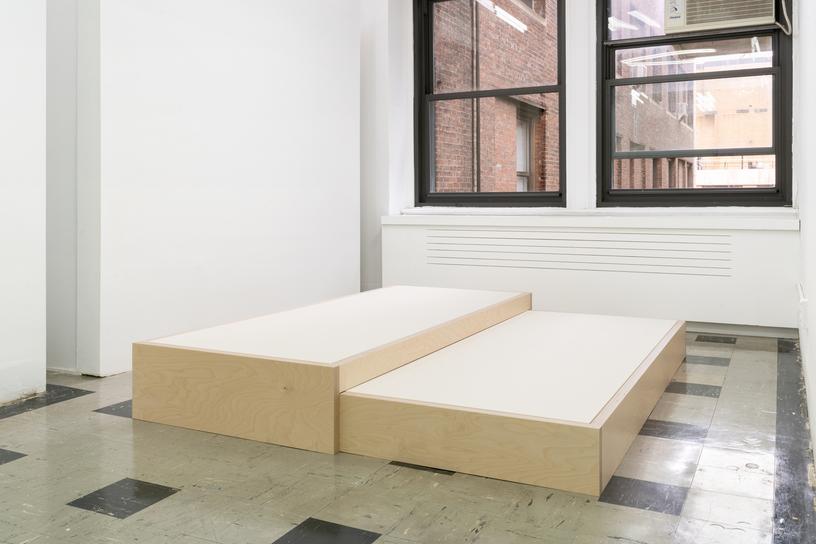 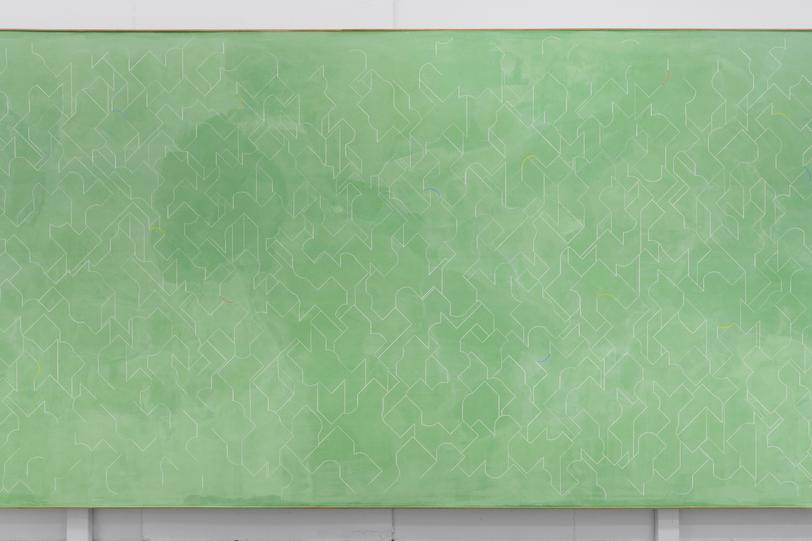 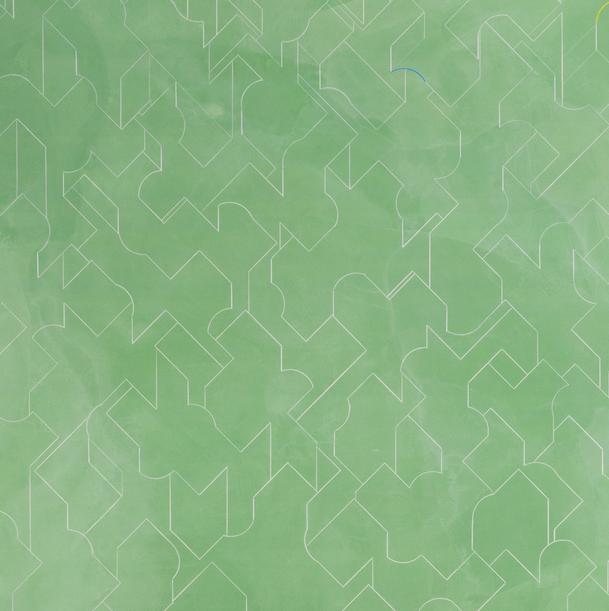 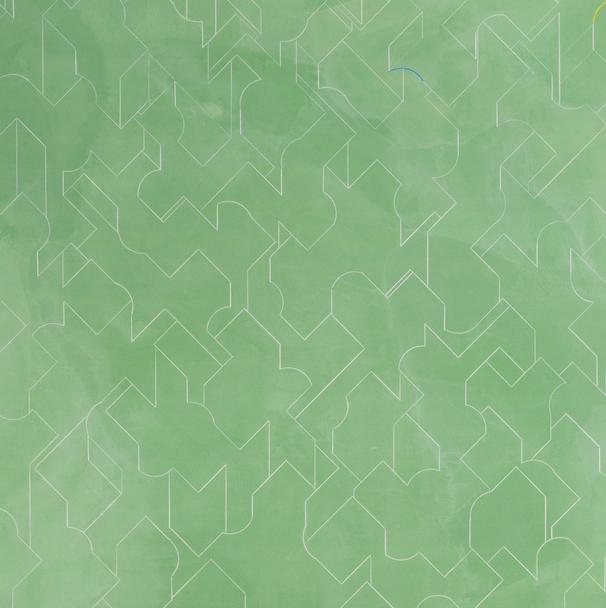 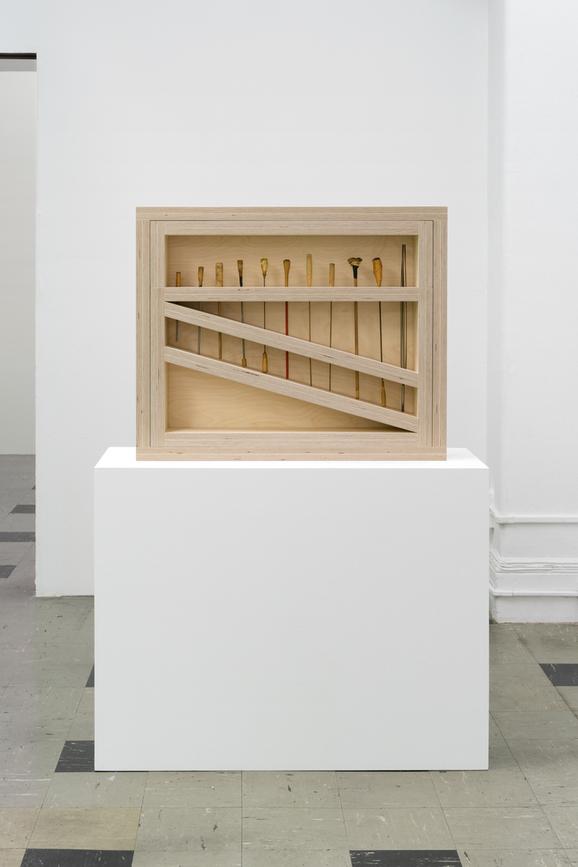 “The sonorous...outweighs form. It does not dissolve it, but rather enlarges it; it gives it amplitude, a density, and a vibration or undulation whose outline never does anything but approach. The visual persists until its disappearance; the sonorous appears and fades away into its permanence.”

The exhibition at Gordon Robichaux presents a set of three objects in a single space: a floor-based sculpture by Jenni Crain; a wall-panel architectural “Mock-up” drawing by Miles Huston; and a collection of sounding instruments made by Harry Bertoia for his “Sonambient Sculptures,” transferred to his son, Val Bertoia, upon death.

For this exhibition, we have engaged in an ongoing conversation with Val Bertoia regarding the history of the barn where Harry Bertoia staged his orchestra of tonal works. Since Harry's death in 1978, Val has continued the workings of Bertoia Studio, as he has also continued hosting visitors to experience “Sonambient” (“the way Harry did”) aloud in the barn in Bally, Pennsylvania. Celia Bertoia, Val's sister, operates the Harry Bertoia Foundation, now located in Utah, where she lives. In 2016, after a long, embattled lawsuit, 70 of the 92 sounding sculptures were removed by Celia from the barn and relocated to Sotheby's, where they are currently stored, waiting for a patron to buy the group in its “entirety.” In the vacancy of these 70 works, Val has been making his own interpretations, an earnest yet contentious attempt to continue the legacy of his father.

In combing through the complex discordance between Val and Celia, our questions regarding the adoption and adaptation of artistic methodologies, namely the summation of an individual’s modernistic approach, be it in its technical applications or in its considerations as a worldview, remained unanswered. With two-thirds of the tonal works removed, it is difficult to understand exactly what Harry was doing out there in that barn. During our visits, Val became our medium to Harry, but in doing so, he filled in the gaps with his own ideas, effectively blurring histories and eroding intent, but also, carrying on a cardinal message. However, it is in the moment of “passing-on” that these modernist ideologies seem to fail in translation. We are often only left with a result, an object, a building, or design, which is supposed to demonstrate, in its material characteristics, how to proceed in our modern world moving forward. Val's commitment to Harry's project embodies the true modernist paradigm. It is our impulse to demarcate the pure line of thinking that intrinsically distances us from the source. Our tired notions of the “failures of modernism” have much to do with our lack of participation and with our fetishization of a limited luxury good that became inaccessible, e.g., “Design Within Reach” [sic].

In thinking through the parameters, aspirations, and deficiencies of a framework, we have revisited Rosalind Krauss' essay “Grids,” first published in 1985. We have re-presented these ideas in sculptural allusion and transposed methodology. However, full resignation to Krauss’ grid, as practice, is a misnomer when using forensic study towards conflicting recollections of it. The grid is a tool of self-aware sequencing, of sounding reverberations, repeating back to us the echoes of historical etymology: of mediums and medians and co-medians even. In our continuation of practicing the various histories of the grid, we find that we are at odds with the event of it. As Krauss suggested, “The grid marked the present and proclaimed everything else as past.”

It seems that in our cultural understanding of minor modernist histories, we are all a bit more like Val than Harry. 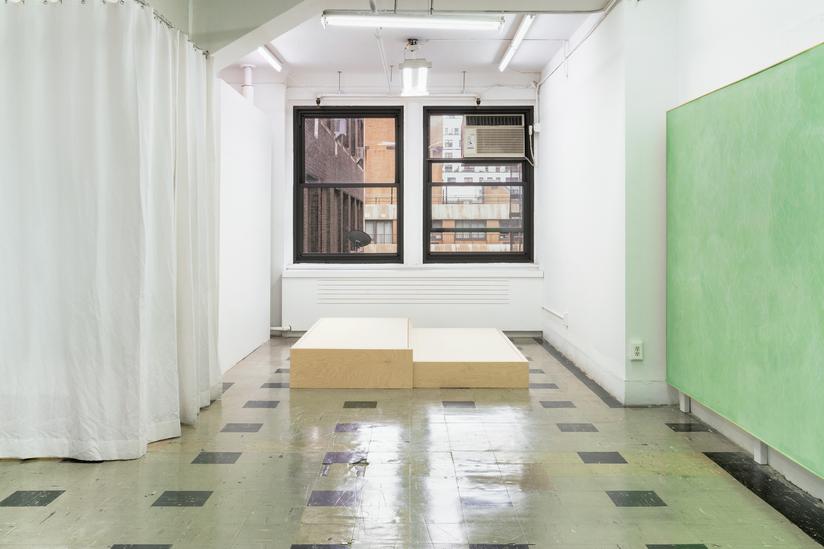 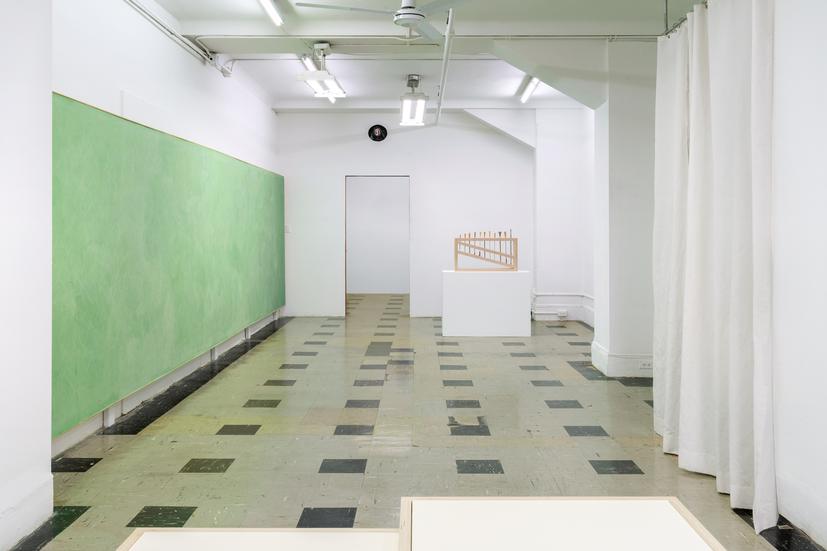 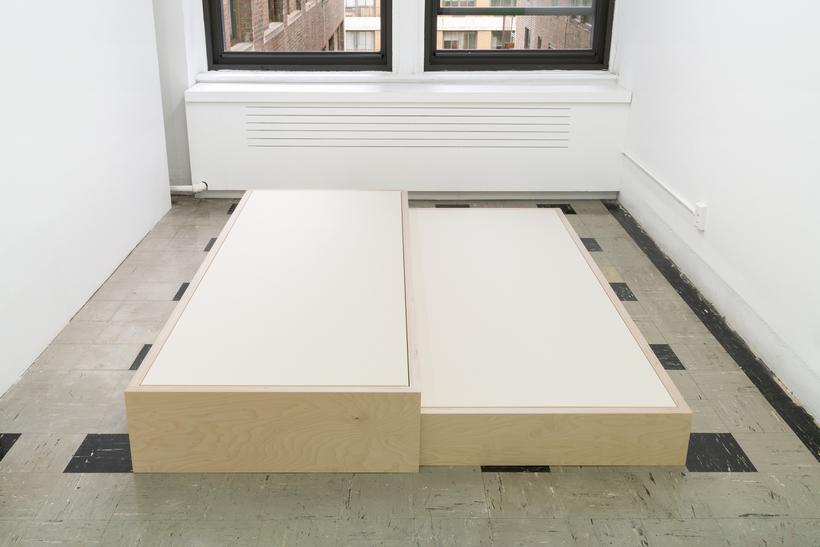 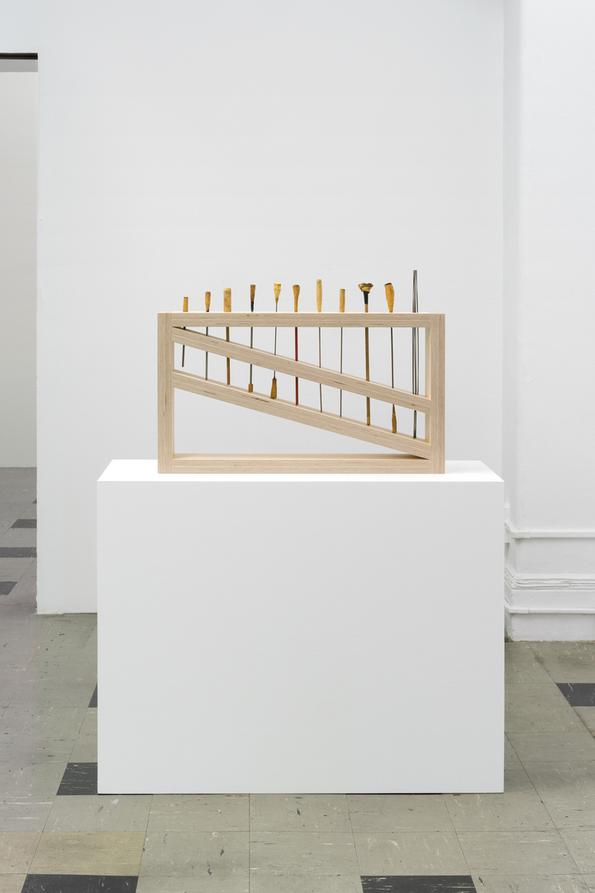