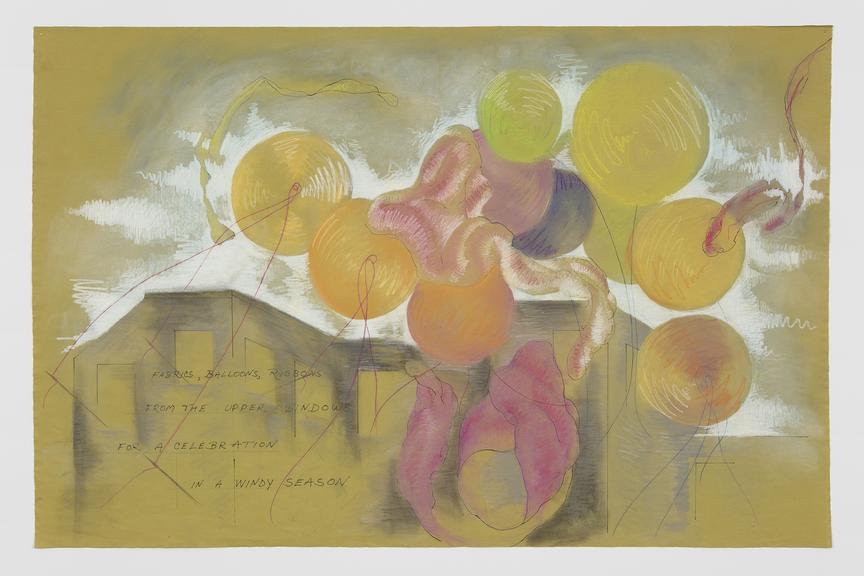 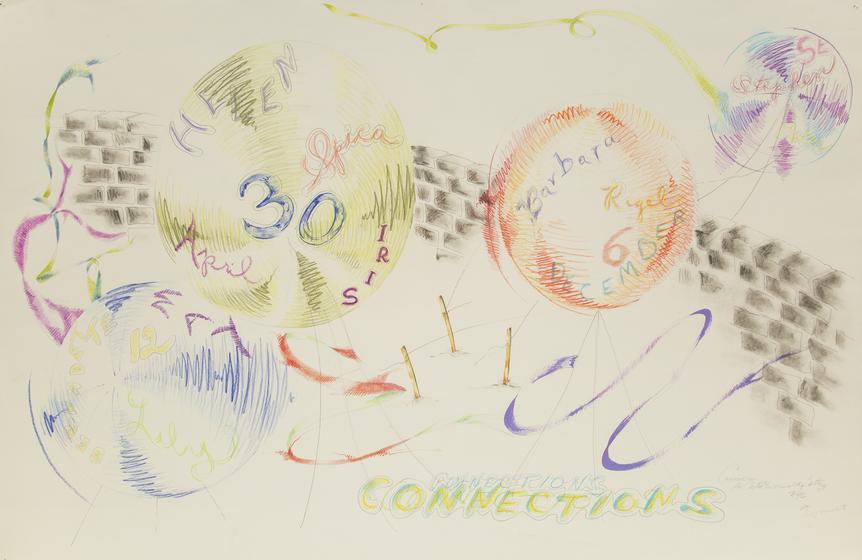 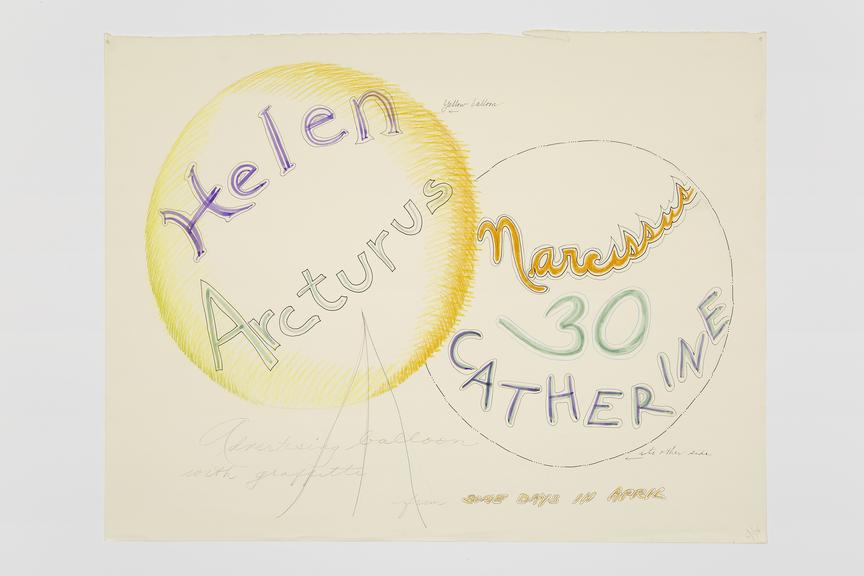 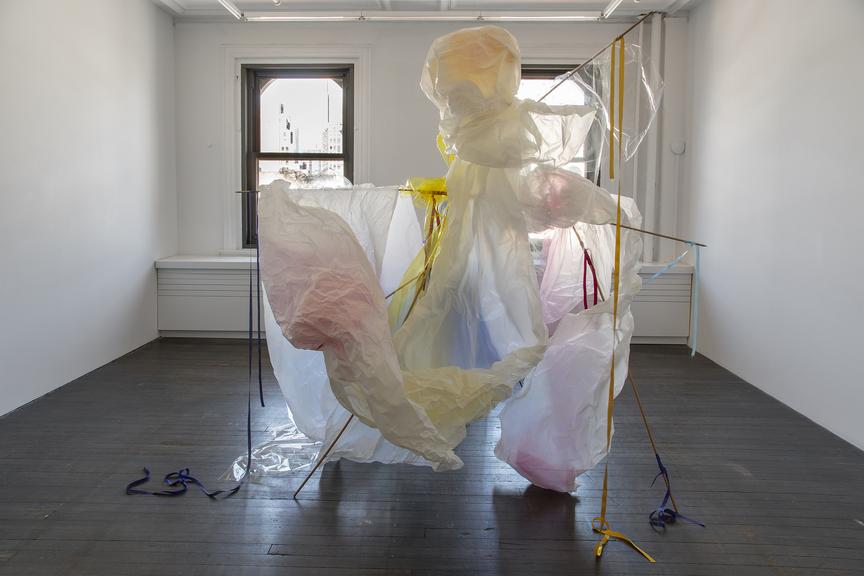 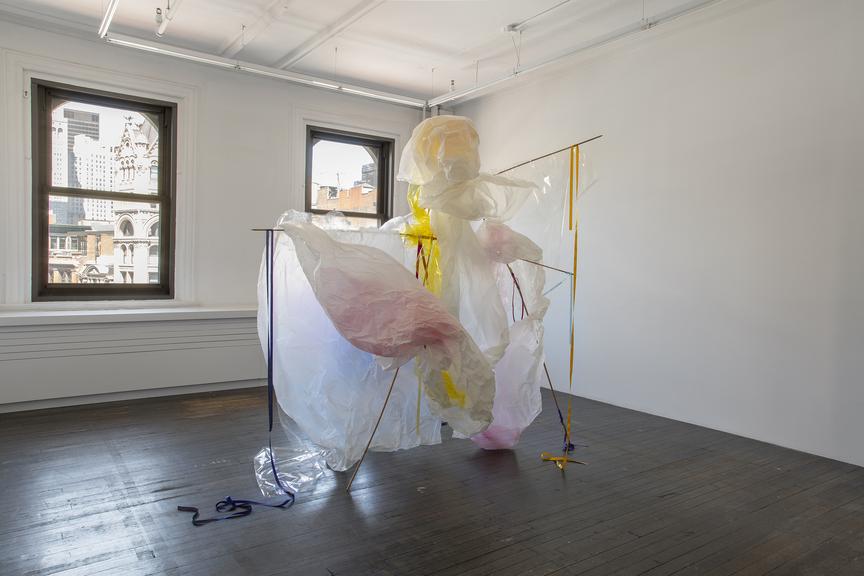 Rosemary Mayer (1943–2014) was a prolific artist involved in the New York art scene beginning in the late 1960s. Most well-known for her large-scale sculptures using fabric as the primary material, she also created works on paper, artist books, and outdoor installations, exploring themes of temporality, history, and biography. A pioneer of the feminist art movement, she was a founding member of A.I.R. Gallery—the first cooperative gallery for women in the U.S.—where she had one of her earliest exhibitions. During the 1970s and 1980s, her work was also shown at many New York alternative art spaces, including The Clocktower, Sculpture Center, and Franklin Furnace, and in university galleries throughout the country. In 2016, Southfirst Gallery in Brooklyn exhibited a selection of Mayer’s work from the late 1960s and early 1970s. The first major exhibit of her work in over thirty years, it was reviewed in The New York Times, Art in America, The New Yorker, and artforum.com. A version of this show was exhibited at the Lamar Dodd School of Art at the University of Georgia in 2017. Her work has also been included in several group exhibitions in New York including at Nicelle Beauchene Gallery, Murray Guy gallery, and Bridget Donahue. Recent publications include Temporary Monuments, which focused on her ephemeral installations, and the second edition of Excerpts from the 1971 Journal of Rosemary Mayer, both published by Sobsercove Press. In 2020, her work was introduced to European audiences through Nick Mauss’s exhibition, “Bizarre Silks, Private Imaginings and Narrative Facts, etc.,” at Kunsthalle Basel and “Rods Bent into Bows,” at Chert Lüdde in Berlin. The show in Berlin was Mayer’s first solo show in Europe; it won the prestigious VBKI Prize for Berlin galleries and was included in Frieze magazine’s list of the best European shows. The Swiss Institute in New York will show a survey of her work in the fall of 2021.​​

Rosemary Mayer, Fabrics, Balloons, Ribbons from the Upper Windows for a Celebration in a Windy Season, 1978, colored pencil, graphite, ink, and pastel on paper, 26 × 40 in 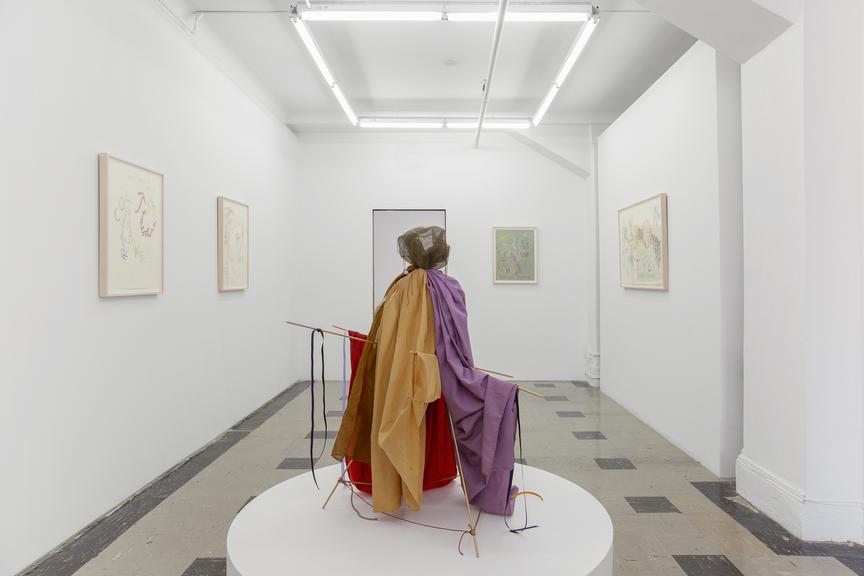