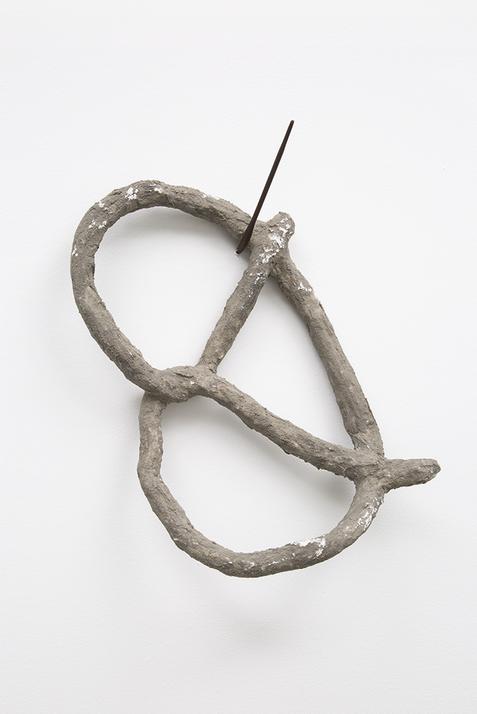 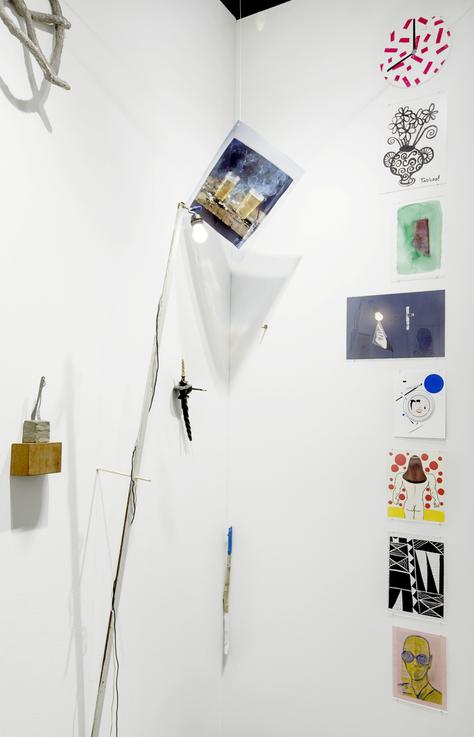 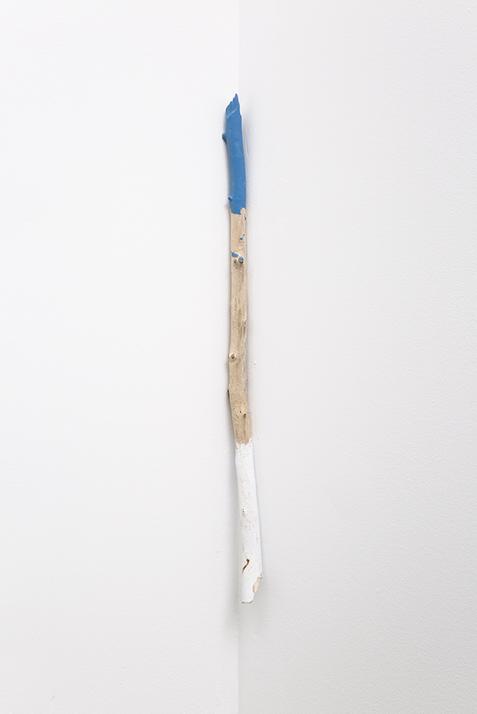 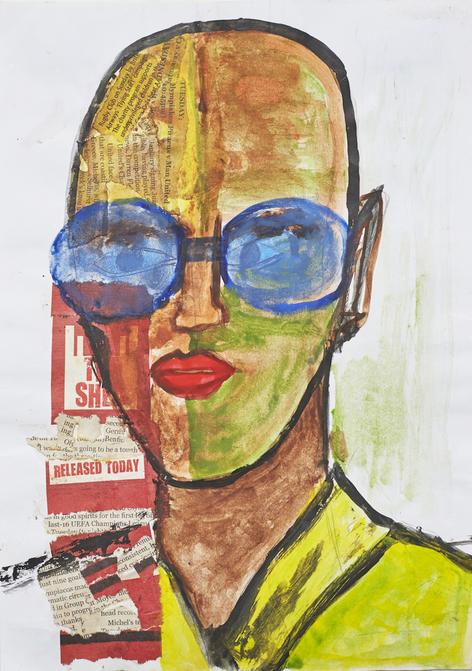 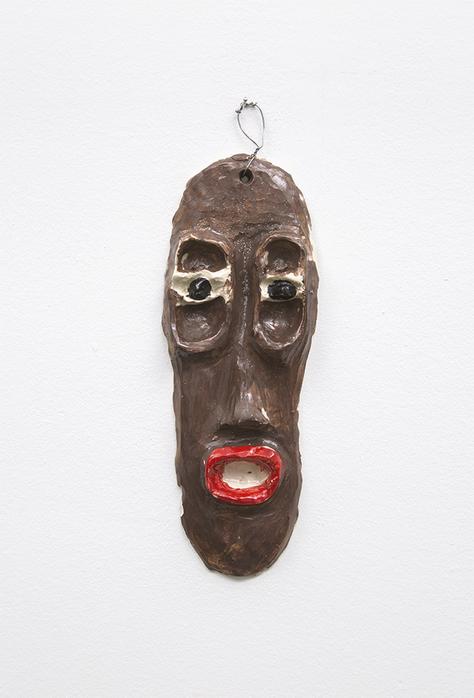 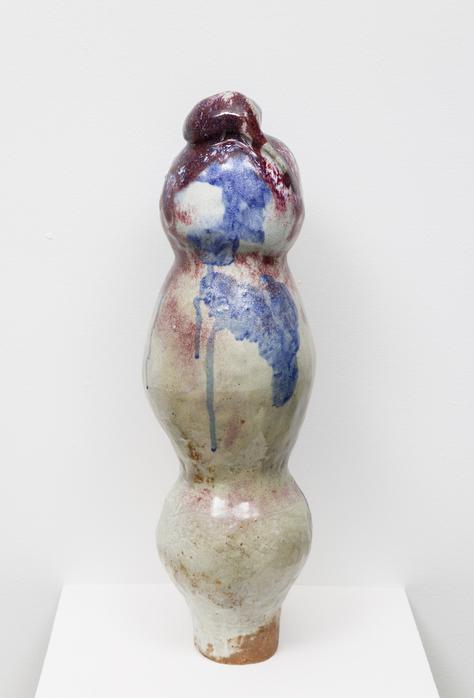 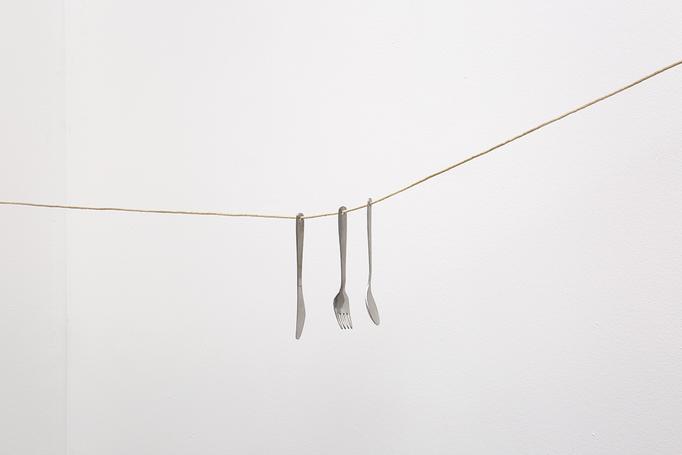 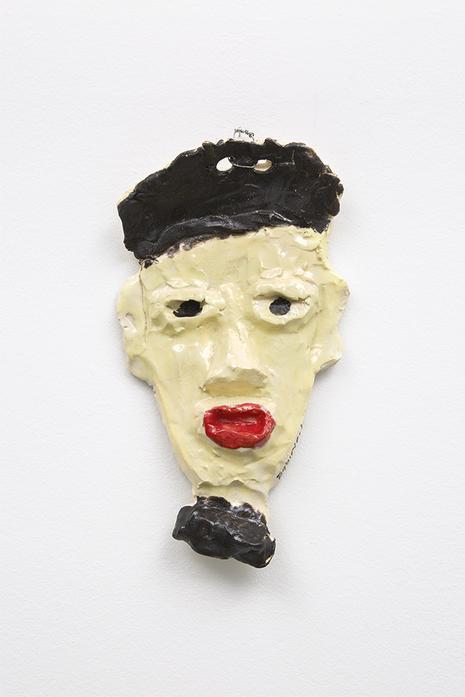 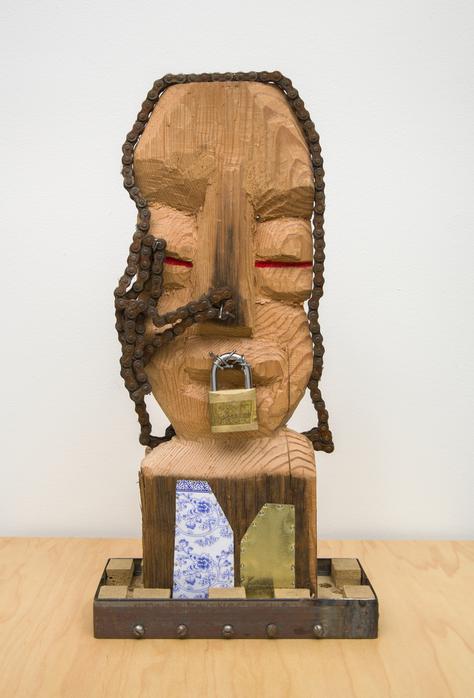 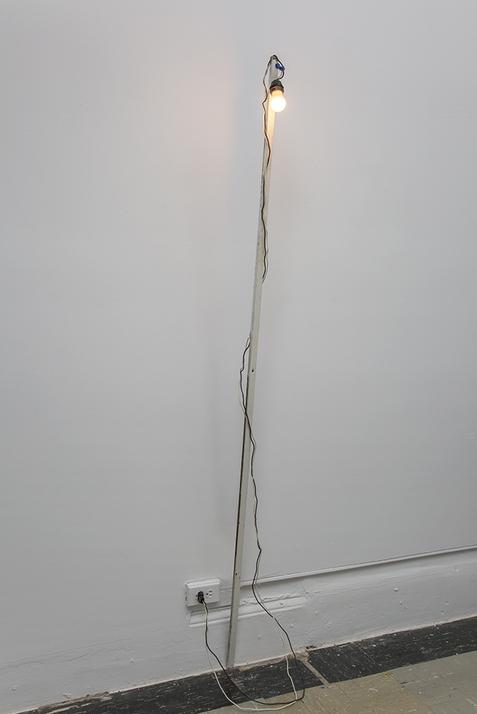 For the 2017 edition of NADA Miami, Gordon Robichaux is pleased to present an installation of mixed-media works by Leilah Babirye (born 1985 in Kampala, Uganda) and Daphne Fitzpatrick (born 1964 in Long Island, New York). Bridging the artists’ national, cultural, and generational differences, the presentation makes evident their shared strategies and concerns: their use of collage, transformation of found objects and detritus, and engagement with queer identity, gender, and the body.

Leilah Babirye is an artist and activist currently seeking asylum from her native Uganda, which has seen a backlash of LGBT discrimination since the passage of the country’s 2009 Anti-Homosexuality Bill. Her interdisciplinary practice includes sculpture, photography, painting, activist projects, and community workshops that use art to foster dialogue. In her artworks, she juxtaposes found materials and objects with traditional forms of art-making and craft, imbuing them with social and political resonance. Babirye studied art at Makerere University in Kampala, Uganda, from 2007 to 2010, and participated in the Fire Island Artist Residency in 2015. Following the residency, Babirye remained in New York, where she is currently seeking asylum with the support of the African Services Committee and the NYC Anti-Violence Project. A profile on Babirye and her work was recently featured in Modern Painters.

Daphne Fitzpatrick is a multidisciplinary artist based in Brooklyn. Fitzpatrick’s photographs, drawings, sculpture, and video are slapstick assemblages of found and altered objects and images that approach gender and sexuality with irreverence and humor. A self-proclaimed flâneur and collector, she applies her highly evolved appreciation of screwball comedy to everyday detritus transforming it into absurd visual poetry. Her work has been exhibited widely including at ACP (Artist Curated Projects), Los Angeles, CA; Know More Games, NY; American Contemporary, NY; Art In General, NY; Contemporary Arts Museum Houston, TX; Higher Pictures, NY; and Bellwether, NY. Her work has been reviewed in Artforum, The New Yorker, and The New York Times, and is featured in Vitamin 3-D: New Perspectives in Sculpture and Installation, published by Phaidon Press. In 2015, she completed a public commission for a monumental outdoor sculpture at Fisher’s Island, NY. She was a faculty member at Yale Sculpture from 2001-2011, and currently teaches at Bard College, ICP/Bard, and The Cooper Union. 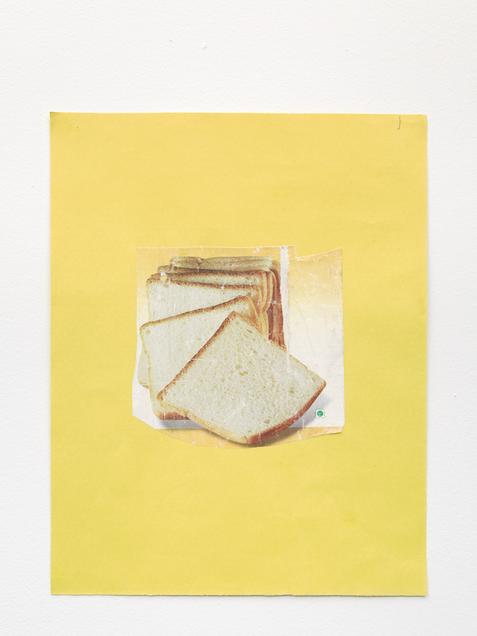 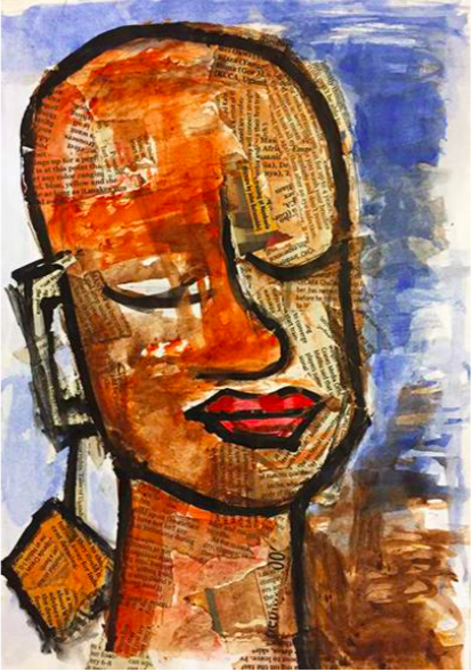 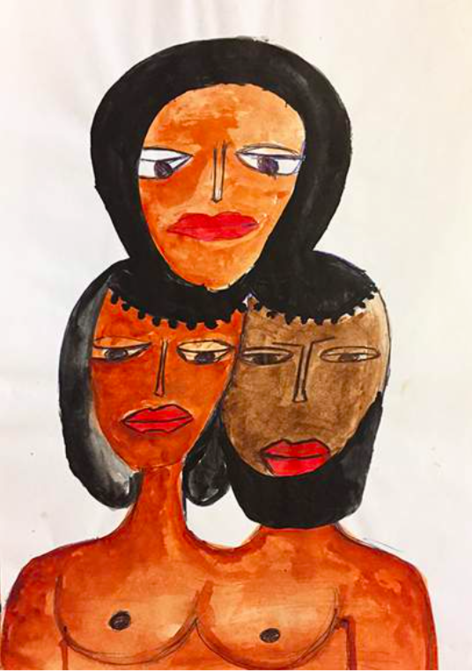 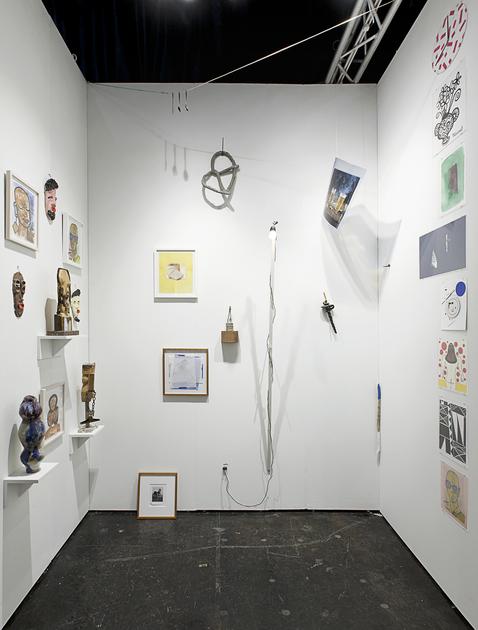 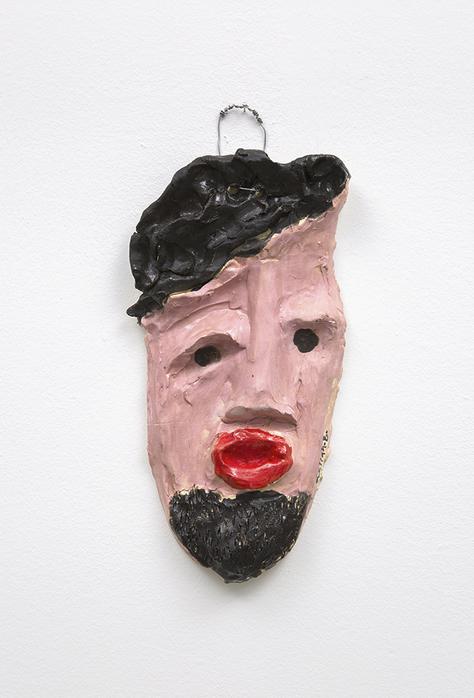 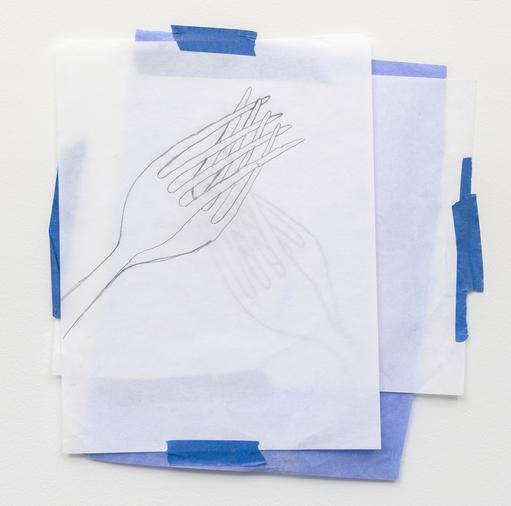 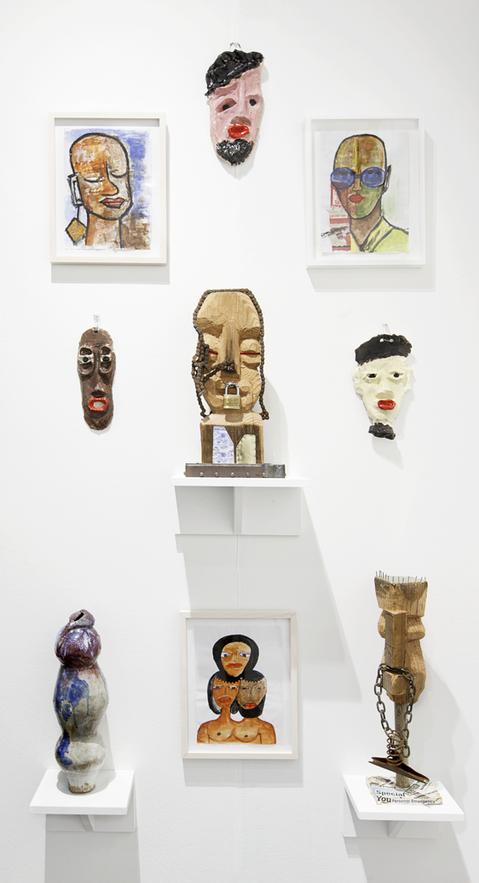 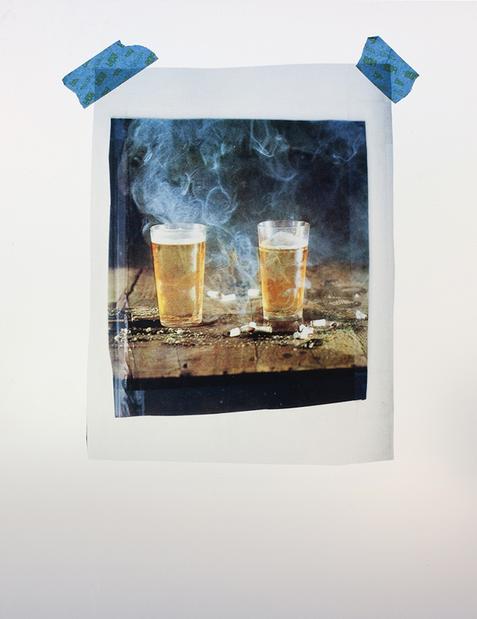 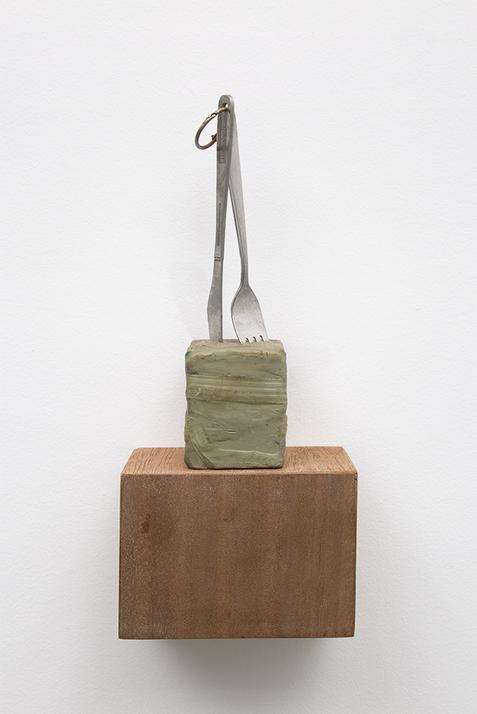 
Daphne Fitzpatrick That Might Be a Wisecrack, But I Doubt It, (Maqeutte), 2015. Paper maché, sand and found steel needle. 8 x 4 x 3 inches 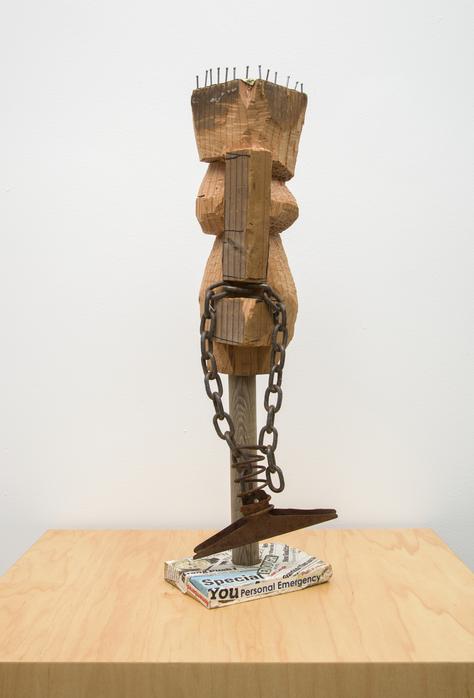 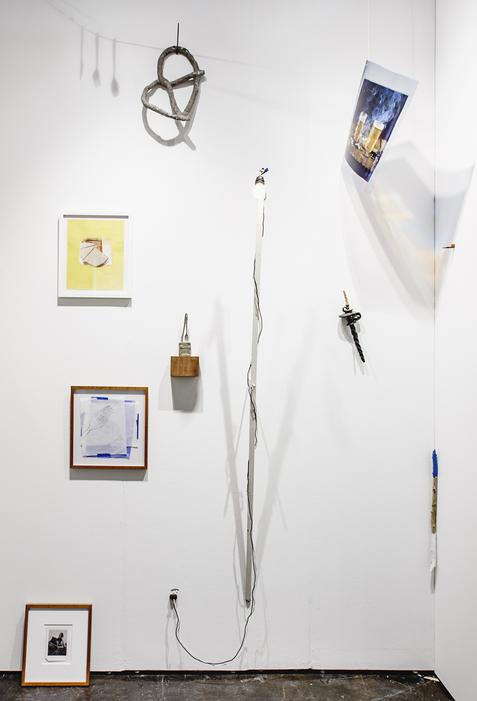