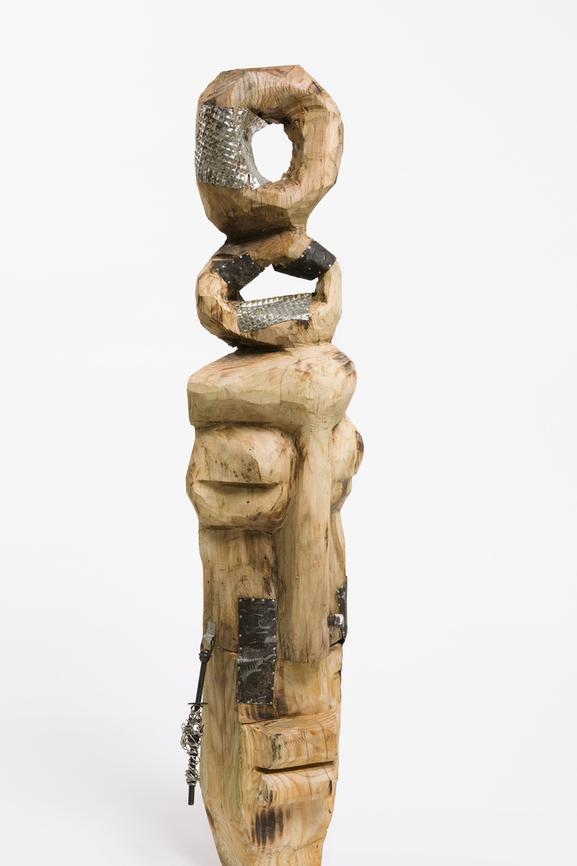 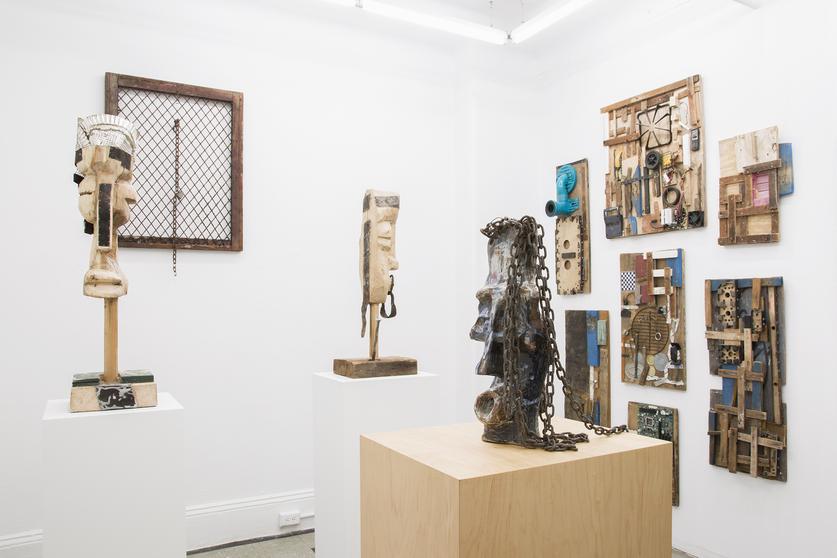 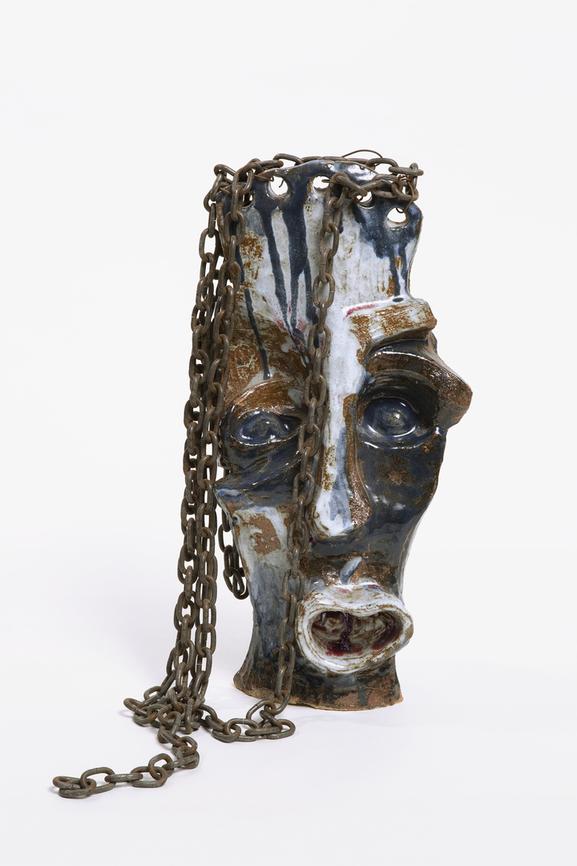 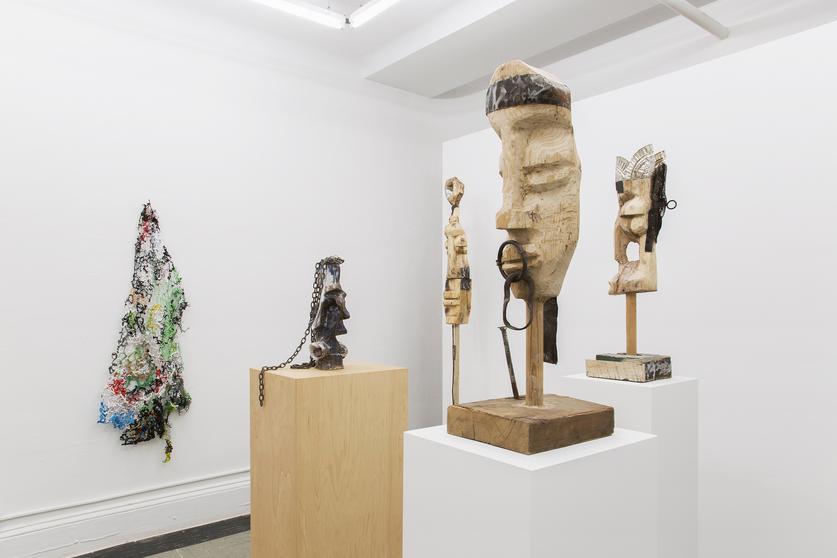 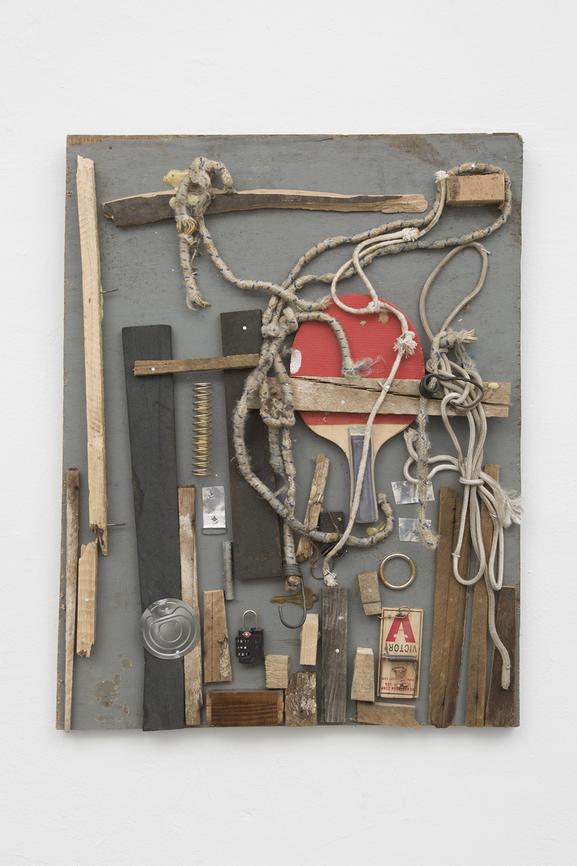 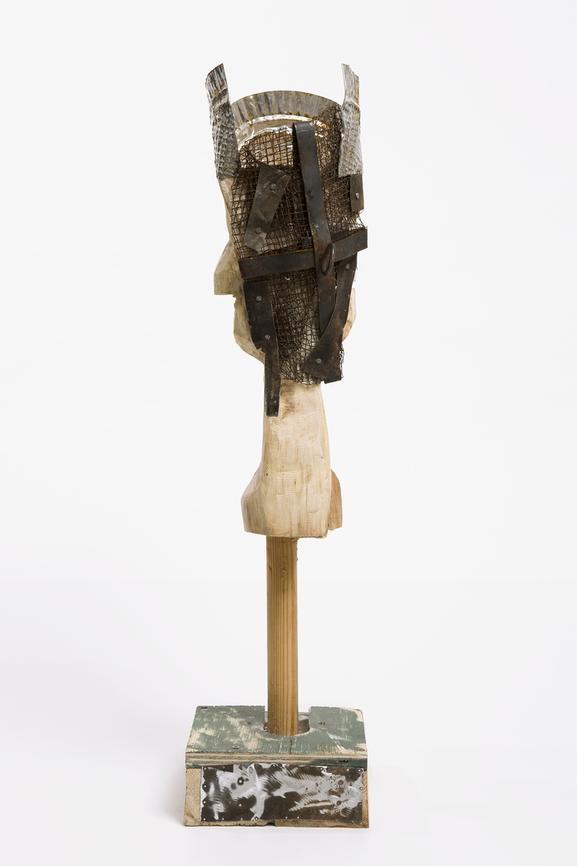 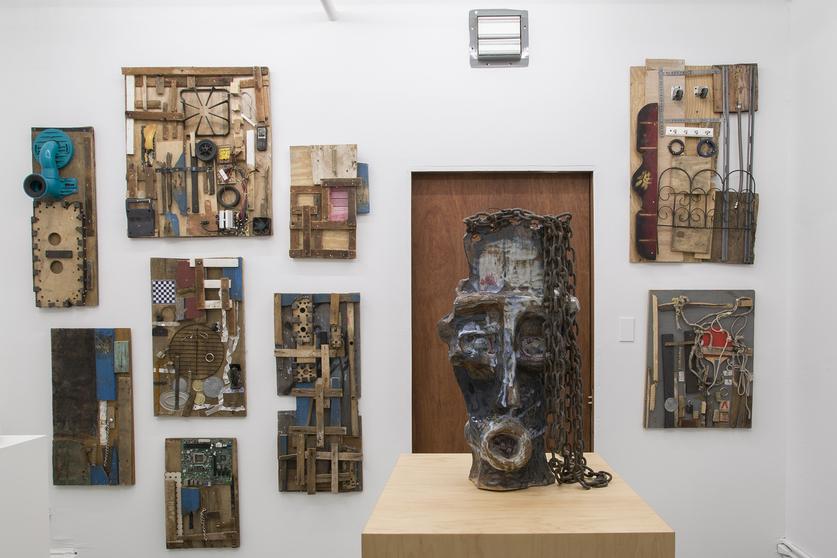 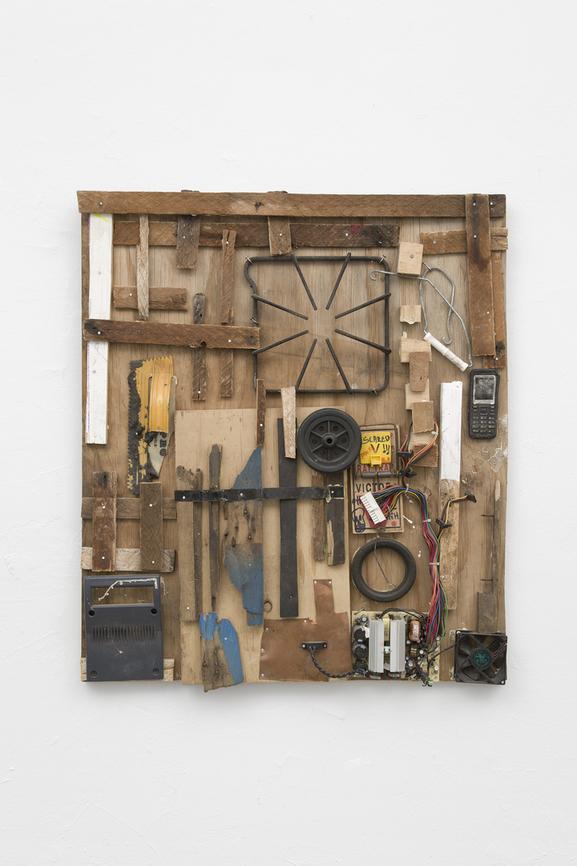 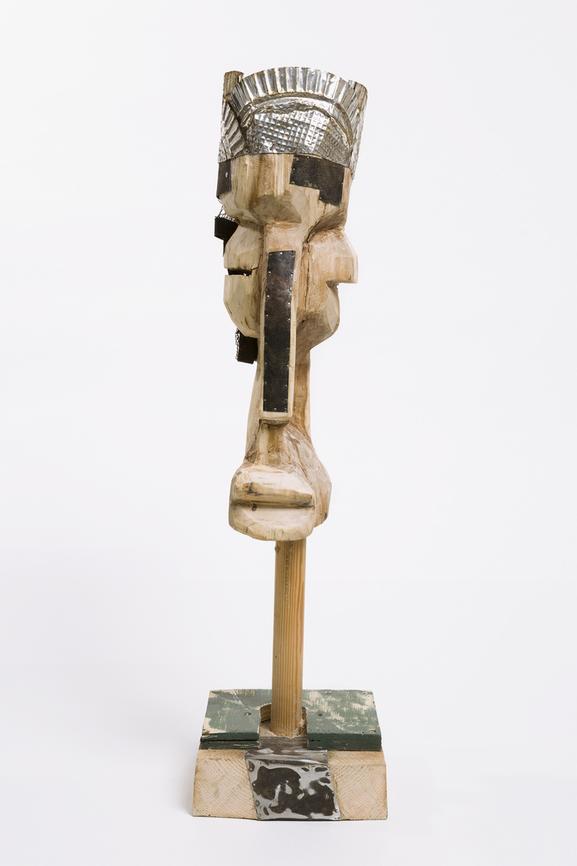 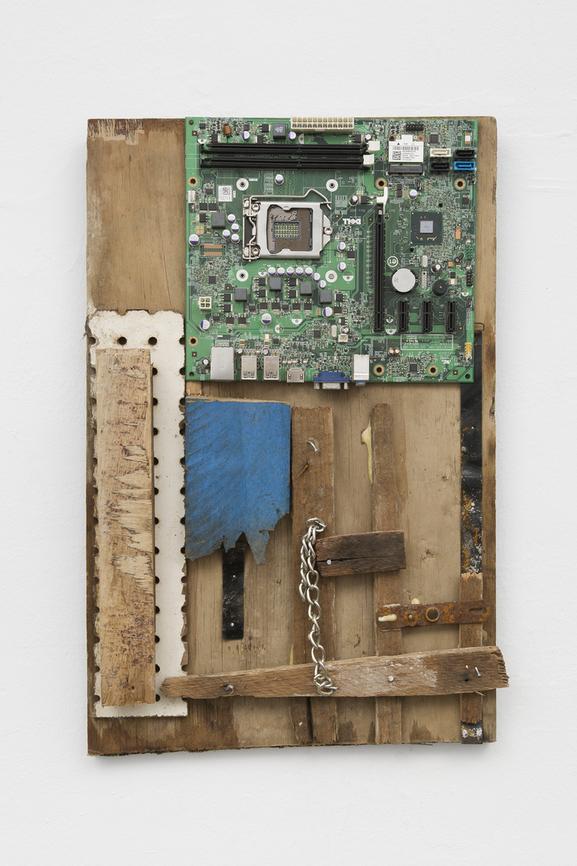 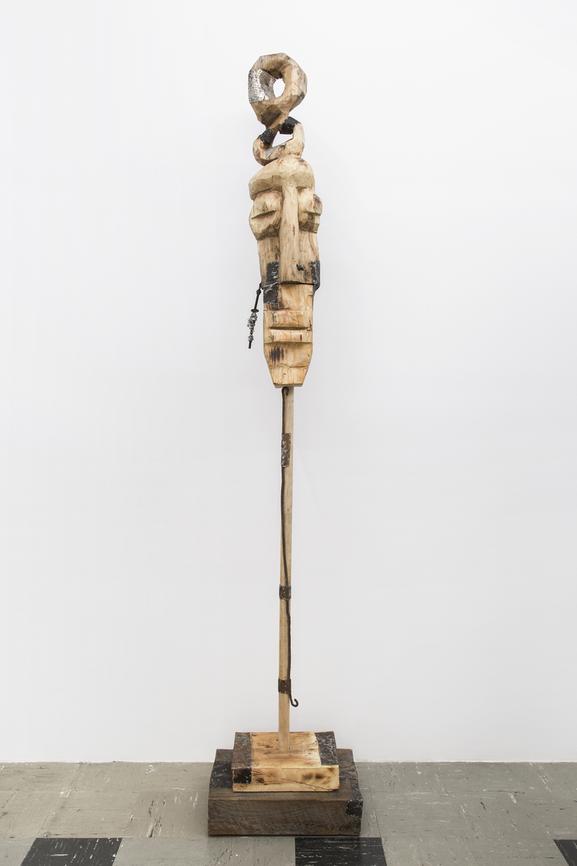 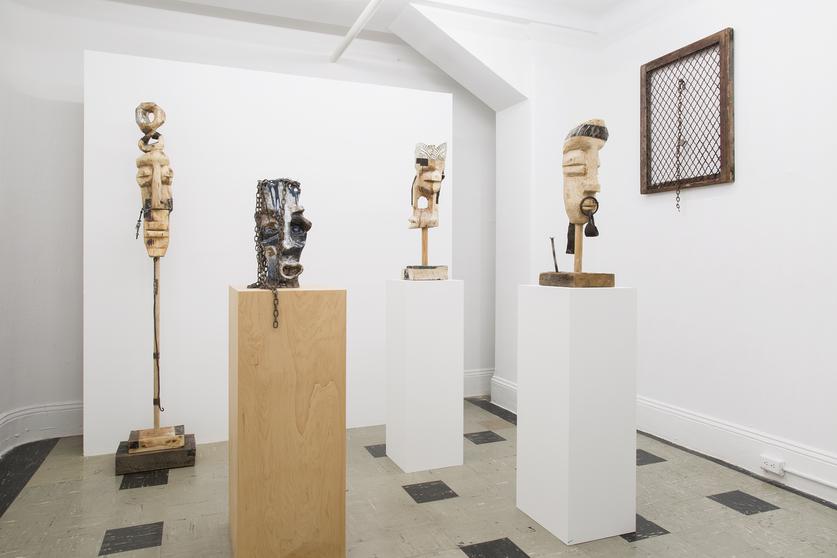 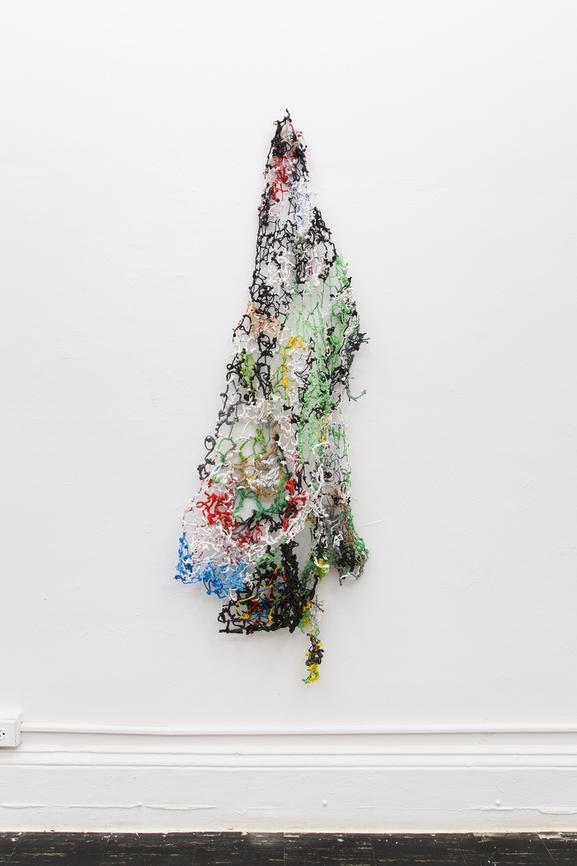 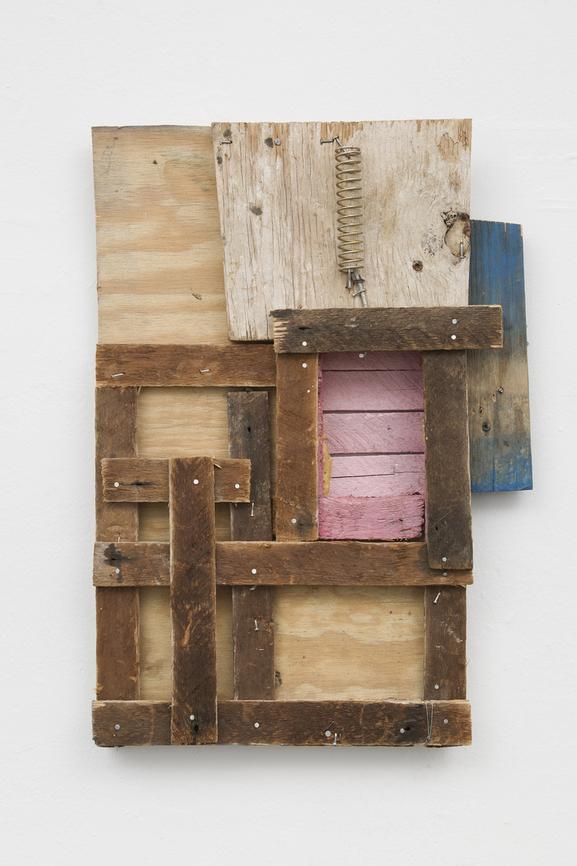 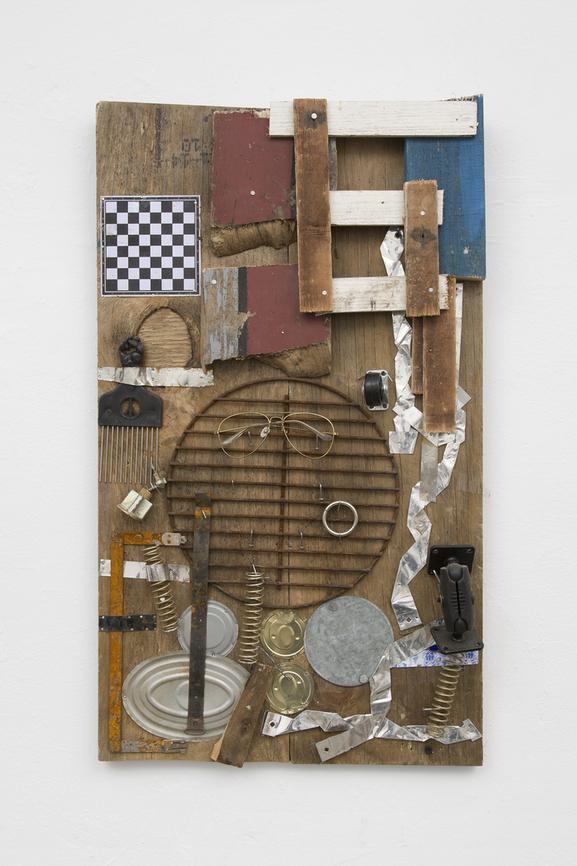 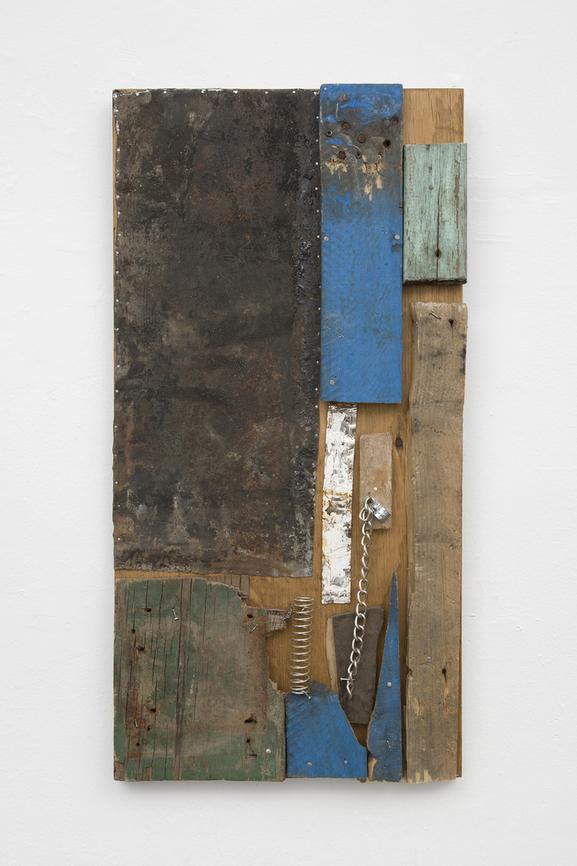 Gordon Robichaux is pleased to present Amatwaale Ga Ssekabaka Mwanga II (The Empire of King Mwanga II), Leilah Babirye’s first solo exhibition. Babirye’s multidisciplinary practice is steeped in activism: she transforms marginalized materials into objects that address identity and the human rights issues that motivated her to flee her native Uganda. Composed of debris collected from the streets of New York, Babirye’s works are woven, whittled, welded, burned, burnished, and assembled, often utilizing configurations of constraint, like locks and gates, while also promoting gestures of liberation.

A group of sculptures from Babirye’s ongoing series Queens is displayed on pedestals in the round. The works incorporate varied materials, including a doublesided ceramic head with hair fashioned out of a chain, and wooden forms carved using traditional African techniques, which the artist learned while studying sculpture in Kampala. Adorned with metal and nails, the Queens are named after contemporary princes and princesses within Buganda’s royal family; the sculptures conflate identities and challenge traditional ideas of gender and power. Presented on the walls of the gallery is a web of knotted plastic bags made during the artist’s subway commutes, and a series of puzzle-like panels composed of discarded fragments of wood embellished with detritus: cell phones, mousetraps, circuit boards, plumbing fittings, wires, a hair pik.

The exhibition’s title refers to King Mwanga II, who served as the Kabaka or king of Buganda (1884-88 and 1889-97), a subnational kingdom within modern-day Uganda. The king was openly bisexual, and the young men that served in his royal courts provided sexual favors for both him and his visitors. Colonization by Western missionaries, who condemned homosexuality, distorted the people’s perceptions and caused them to reject the cultural customs they once embraced. Such vilification persists in Uganda, where as recently as 2013, an anti-homosexuality act was passed—it penalized engagement in prohibited acts with life imprisonment.

In 2014, the same year that the law was ruled unconstitutional, Babirye and more than 100 others who were believed to be gay were publicly outed in local newspapers. Facing persecution, censorship, and threats to her life, Babirye came to the United States in 2015, seeking asylum. She had received an invitation and crowd-sourced fellowship to partake in the Fire Island Artist Residency, a program promoting and dedicated to the practices of LGBTQI artists. This exhibition is the artist’s first since being granted asylum in February of this year. It may be seen as a rebirth of Mwanga, and as a reclaiming of culturally discarded customs and beliefs.

​On Sunday, May 20th Gordon Robichaux will host a panel discussion focused on art, activism, and social justice with participation by Babirye’s network of political activists, artists, and writers.

Leilah Babirye (B. 1985, Kampala, Uganda) lives in the Bronx and works in Brooklyn, New York. She studied art at Makerere University in Kampala, Uganda, from 2007 to 2010, and participated in the Fire Island Artist Residency in 2015. She has since received asylum due to the support of the African Services Committee and the NYC Anti-Violence Project. Profiles on Babirye and her work were recently featured in Modern Painters and OUT Magazine. Participation within forthcoming exhibitions and projects include panel discussions at the 1-54 Contemporary African Art Fair and the Black Lesbian Conference at Barnard College, and inclusion within the Canada booth at Frieze New York. A commissioned outdoor sculpture will be exhibited at Socrates Sculpture Park this fall. Her works on view have been created in part through the contributions of Material for the Arts, Greenwich House Pottery, and Sugar Hill Capital Partners’ Studio Program. ​​ 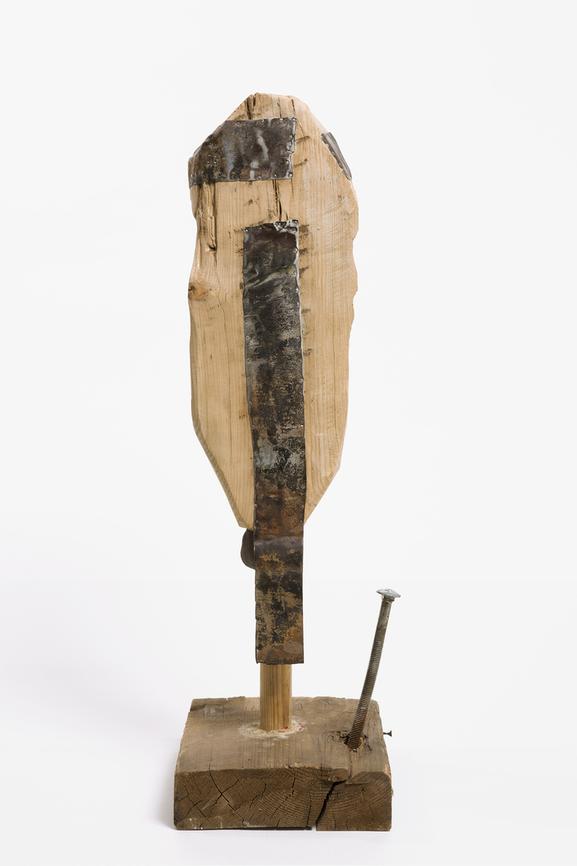 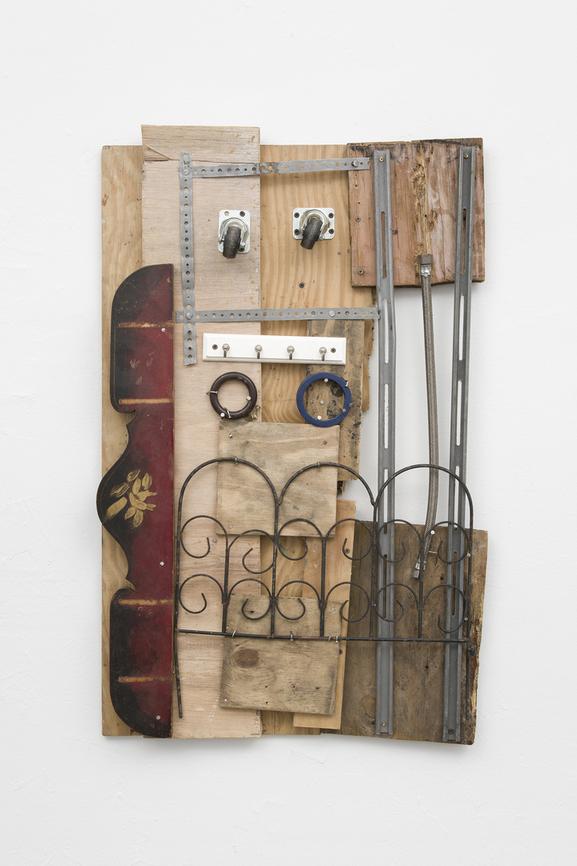 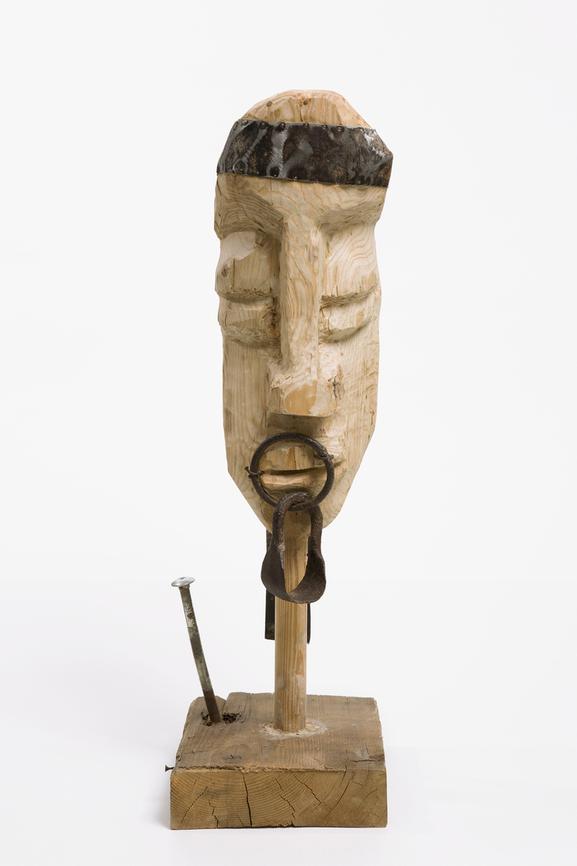 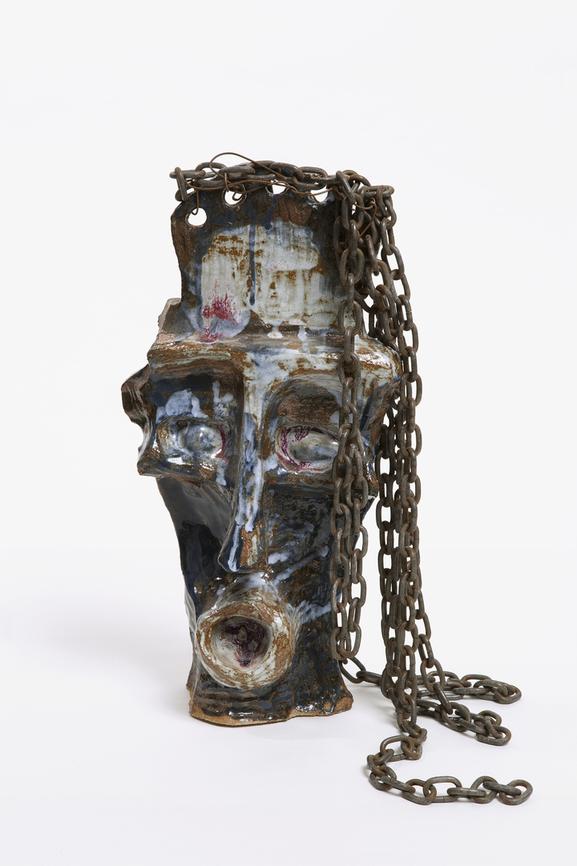 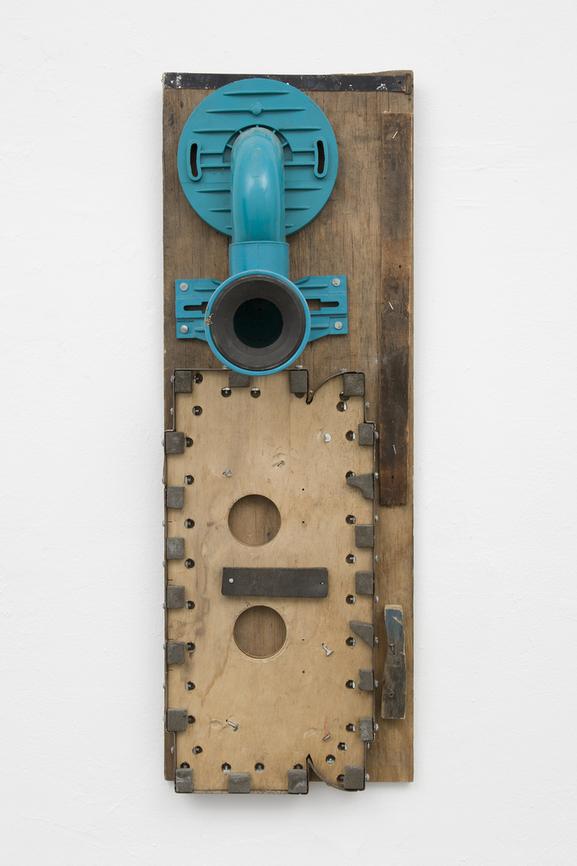 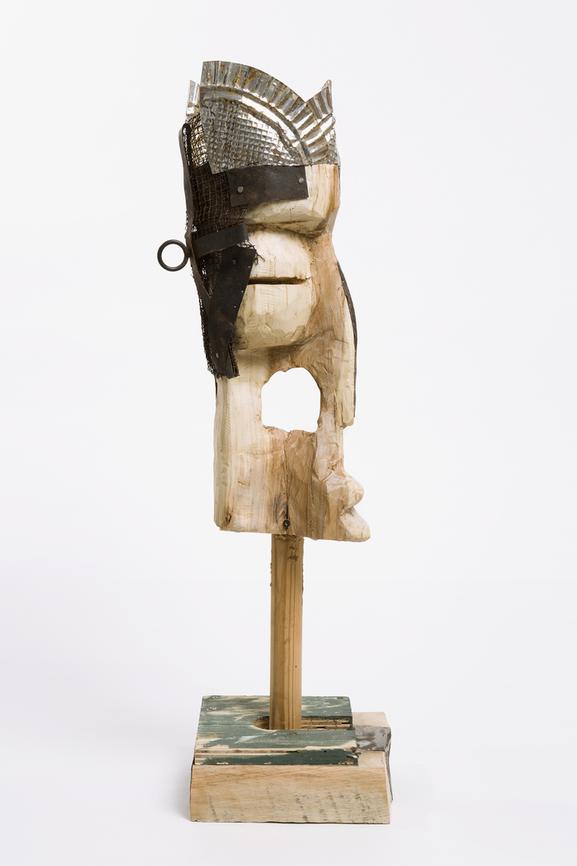 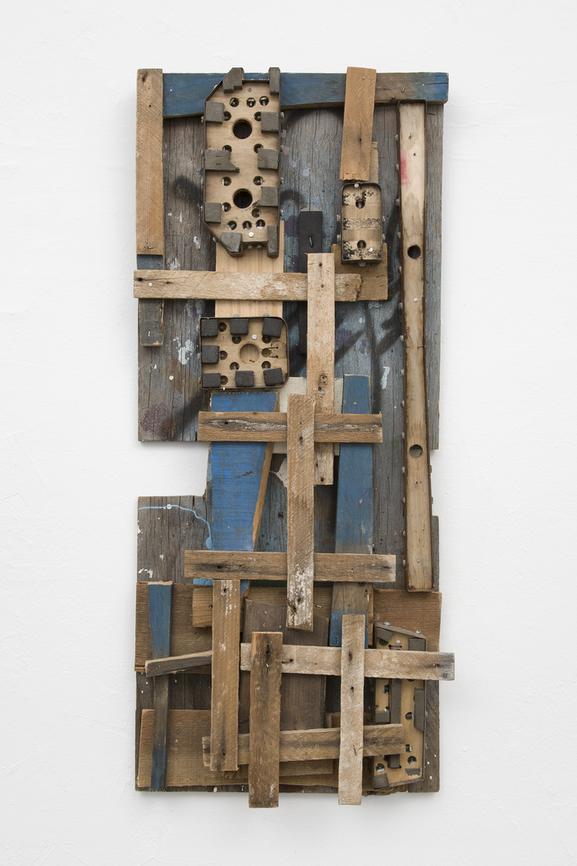 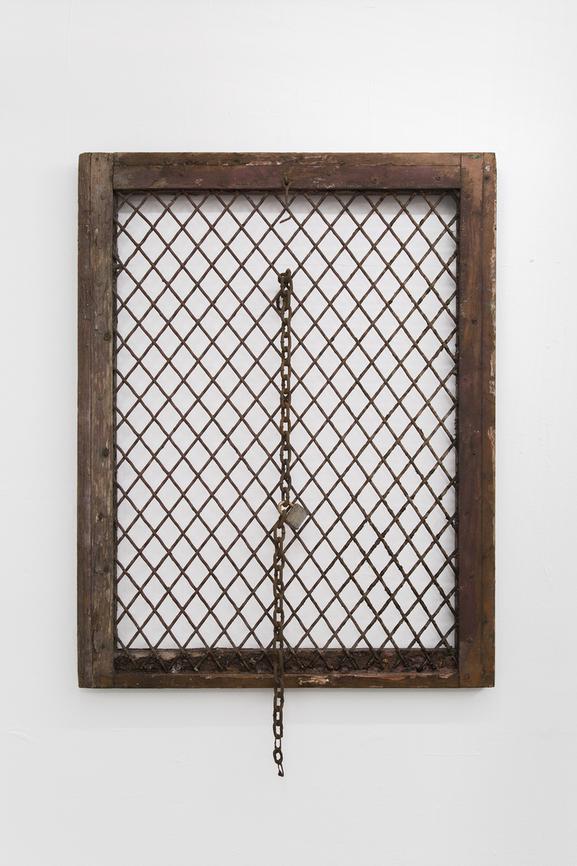