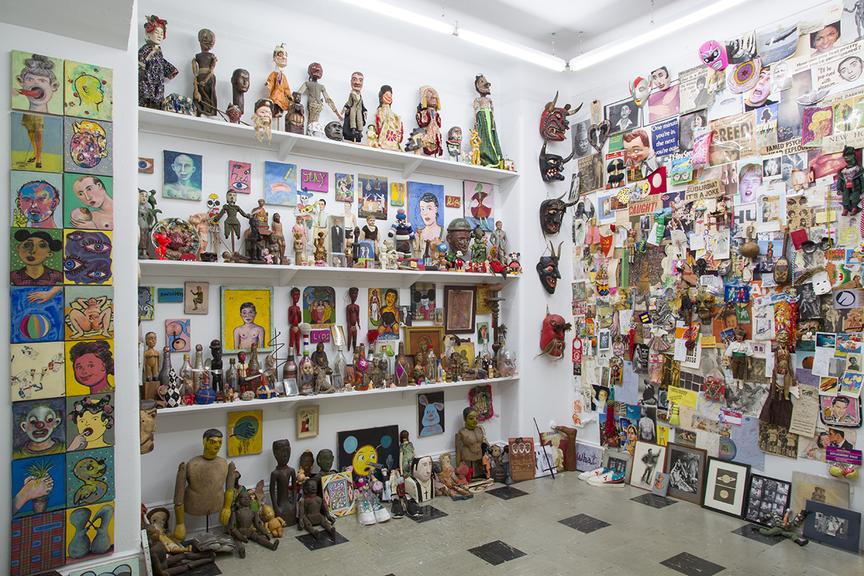 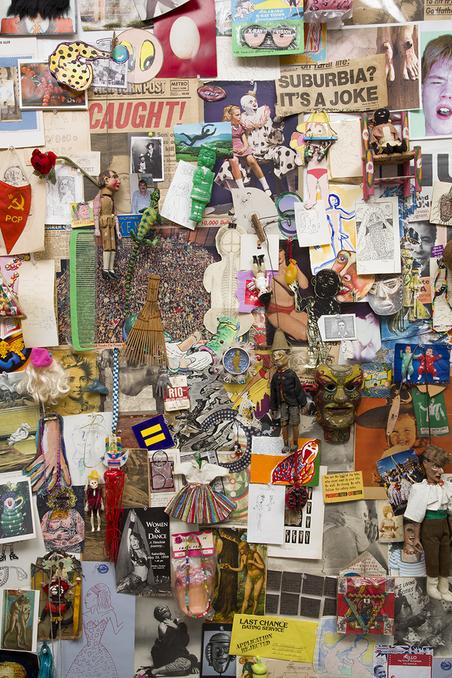 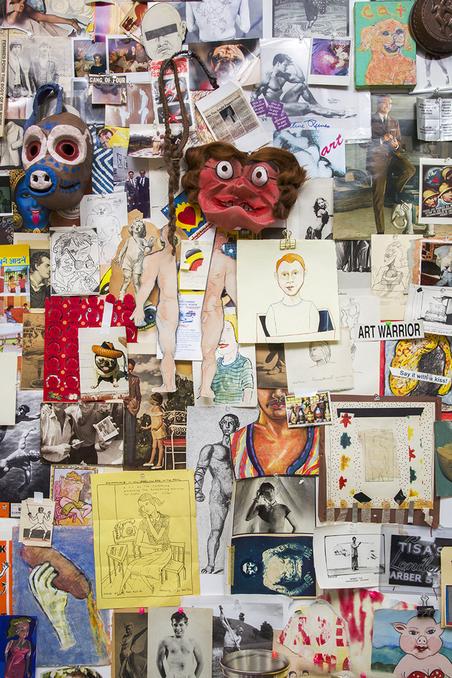 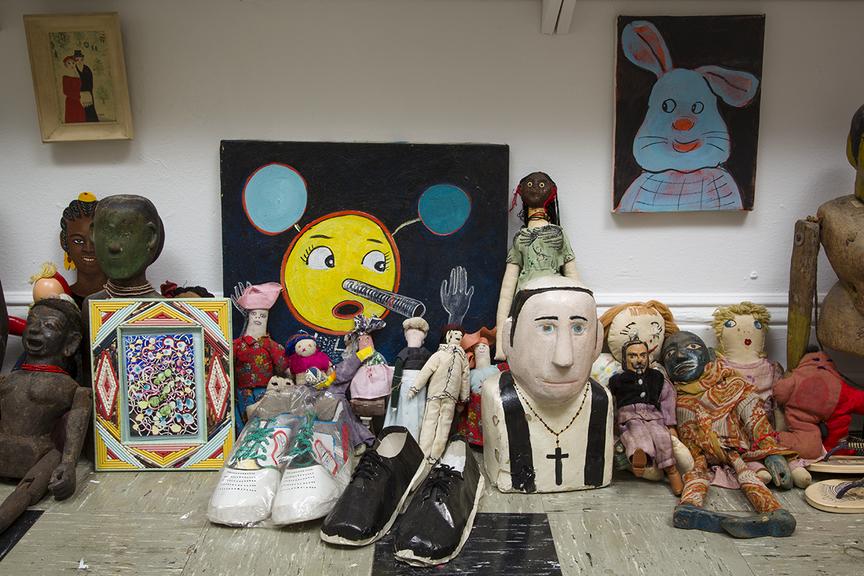 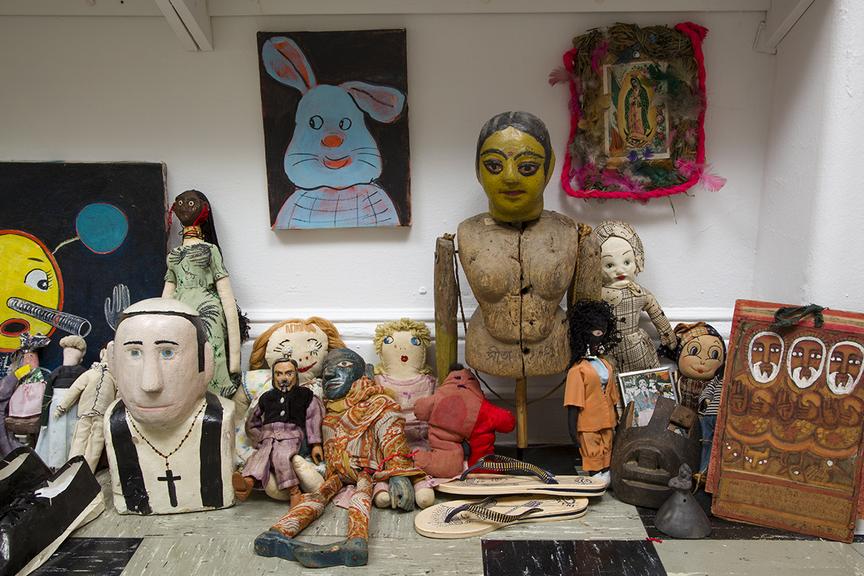 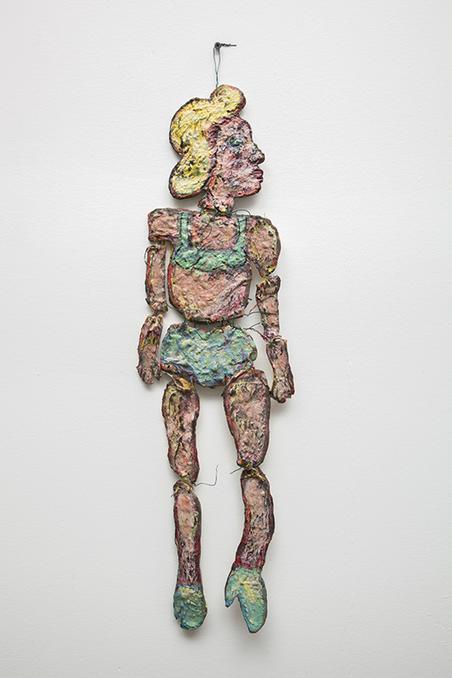 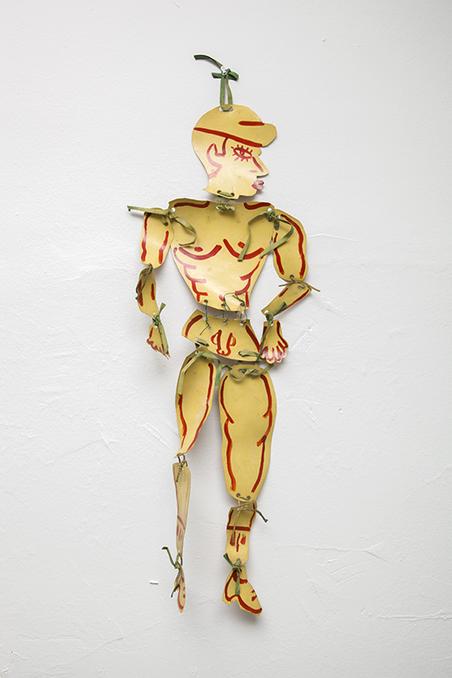 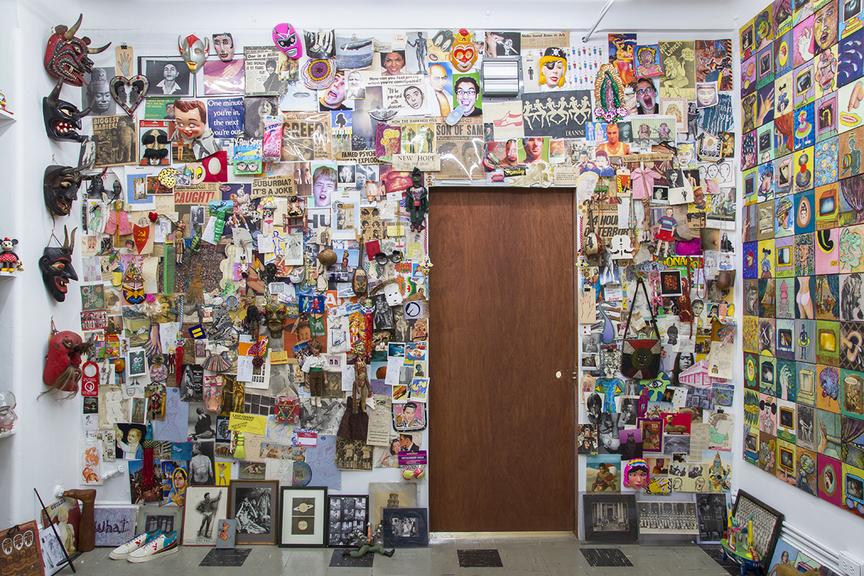 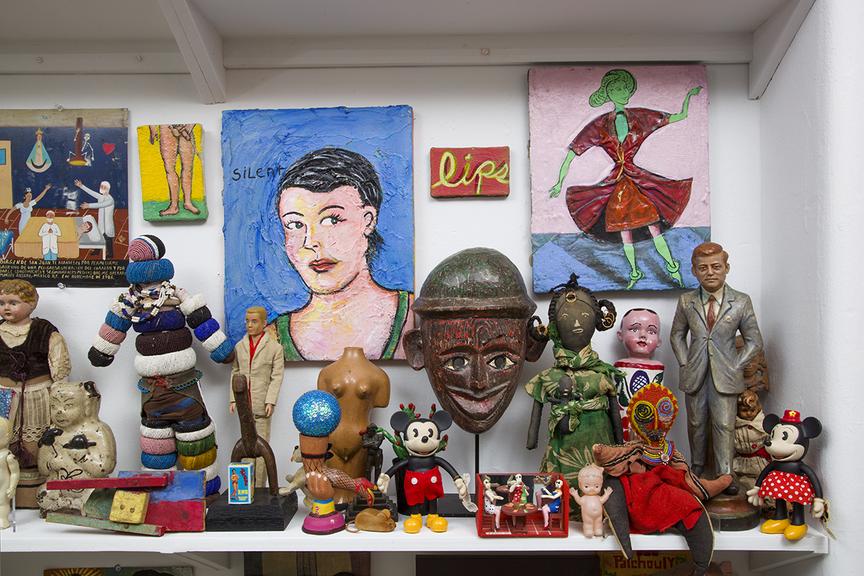 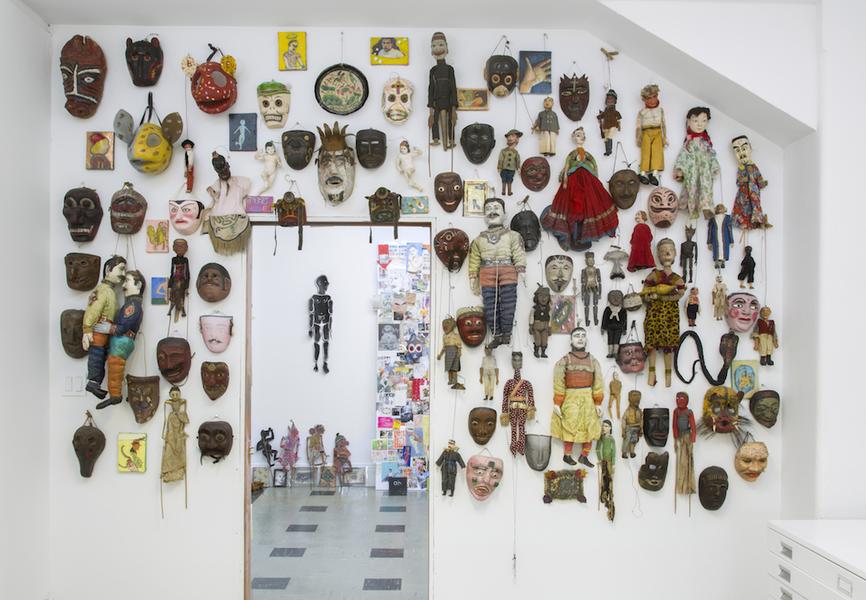 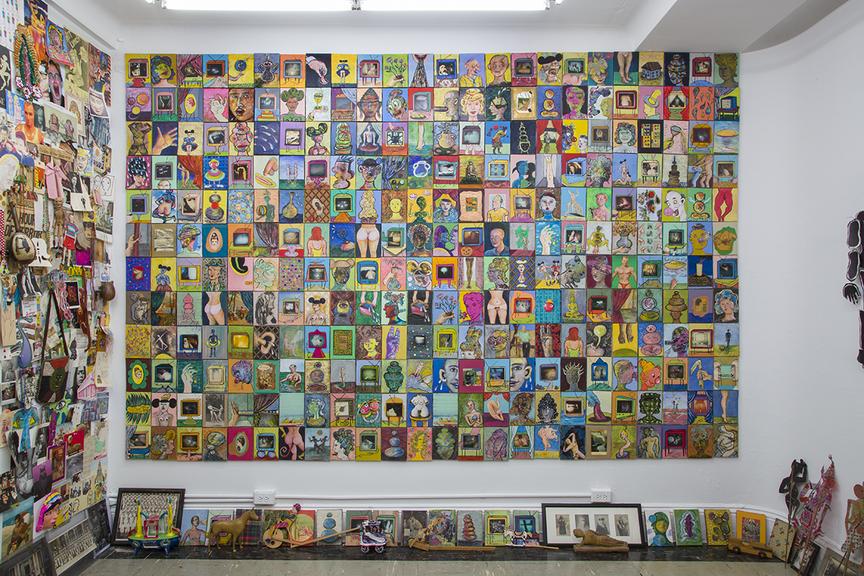 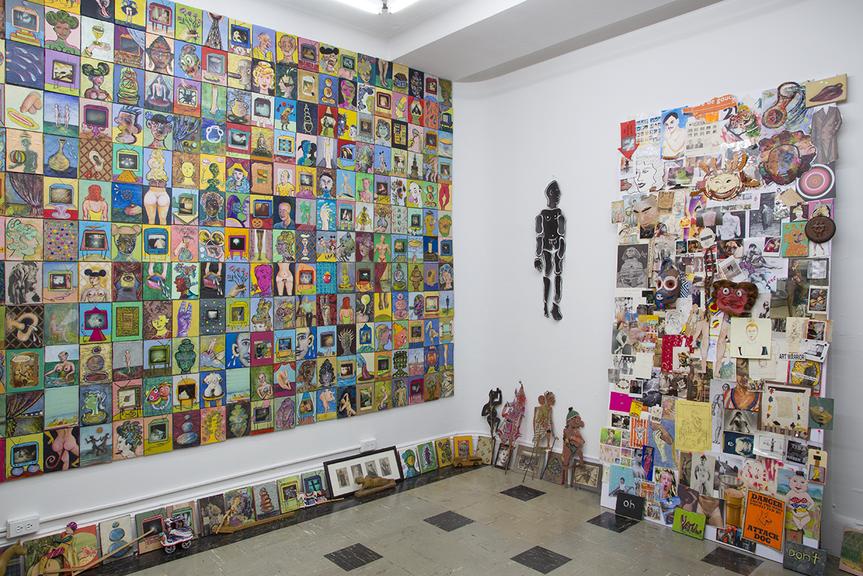 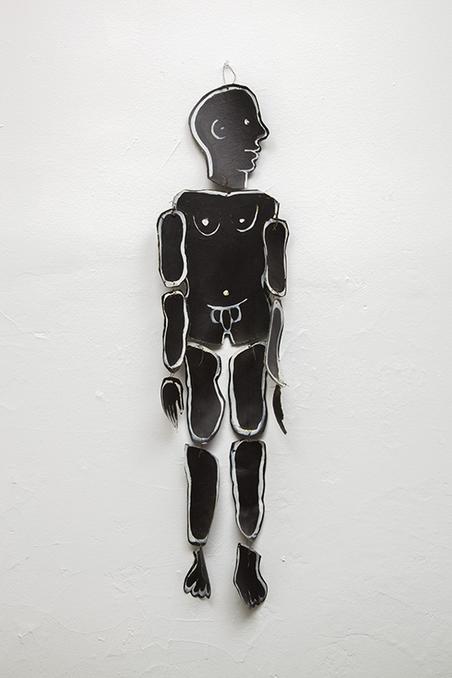 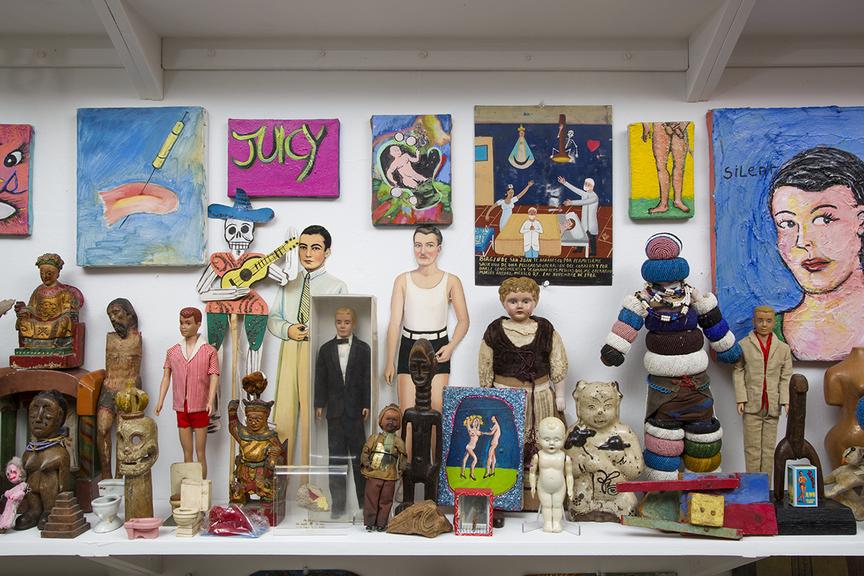 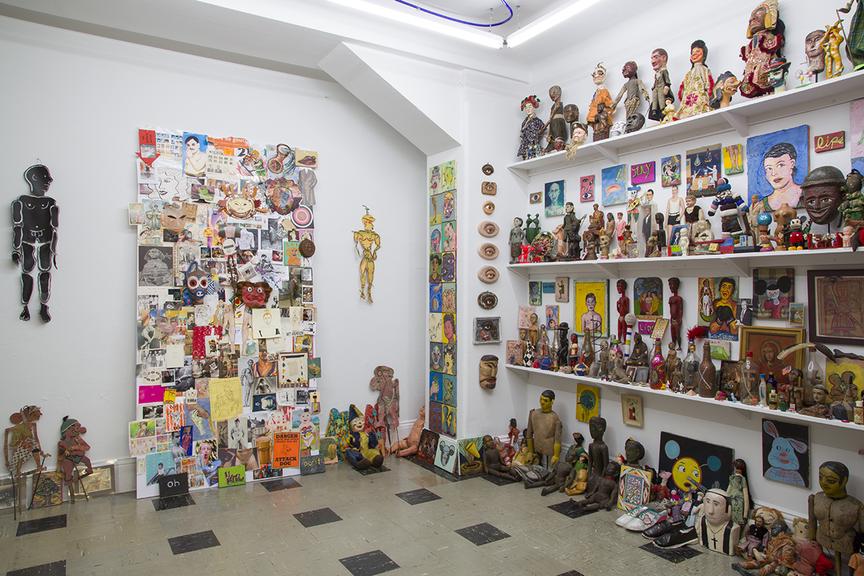 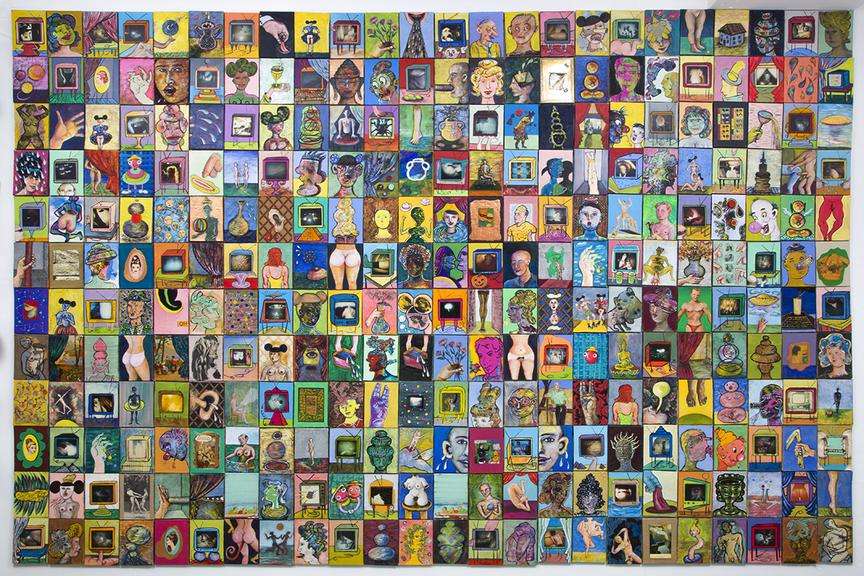 Gordon Robichaux is pleased to present its first exhibition, Ken Tisa: Objects/Time/Offerings. This immersive, site-specific installation by artist Ken Tisa comprises objects and ephemera from Tisa’s extensive collections, combined and layered with the paintings and drawings these items have inspired over the past three decades. The project is a new iteration of Tisa’s ongoing engagement with his collections and past installations: in his loft in SoHo, where he’s lived since the ’70s; in his apartments in Miami Beach and Aix-en-Provence, France; and at MoMA PS1, with the 1977 Hotel Firbank Archive exhibition and series of performances.

Positioned next to walls laden with paintings, drawings, photographs, and ephemera, these objects are reincarnated and set into motion in an entirely new configuration. Layers of conversation, meaning, and memory are communicated through the combination and arrangement of disparate objects from Tisa’s collection and the paintings they inspired: a series of daily works from the late ’80s and early ’90s, when he lost many friends as well his lover to AIDS.

Tisa’s predilection for visual intensity and material density (historical, temporal, and cultural) can be traced back to childhood excursions to the flea market with his uncle Abe who was “crazy, certifiable, and an obsessive collector of everything, like me.” For Tisa, the collecting “gene” or gesture—this felt and activated sense of the power and pleasure of objects—is the method and the manifesto that underlie his work. (“I like stuff. I’ve always liked stuff. My paintings are filled with stuff.”)

His focus is nonhierarchical and his approach that of a nonexpert (his collections include a wide range of varied material: found objects, pre-Columbian art, dime-store finds, devotionals, toy toilets). The foundation of his work is a mode of being, a mind-altered state, a theory of time, a communion with history, a conjuring of other worlds, and a pathway to new ideas. Though heavily inspired by other cultures, especially the art of the African diaspora, Tisa consciously eschews appropriation or the mere reproduction of another culture. The power of his work lies in his ability to re-create his own narrative by summoning ideas from other cultures, tying his history to other histories. In Tisa’s words, “When you combine the past with your own point of view and interpretation, you can create something that’s never been seen before.”

During the course of the exhibition, Gordon Robichaux will host a reading that expands on Tisa’s previous collaborations with other performers—Ethyl Eichelberger, Max Blagg, Kenward Elmslie—within the context of his installations. In conjunction with the exhibition, Pre-Echo Press will publish the book Ken Tisa: Objects/Time/Offerings. The exhibition is presented in cooperation with Kate Werble Gallery, New York. 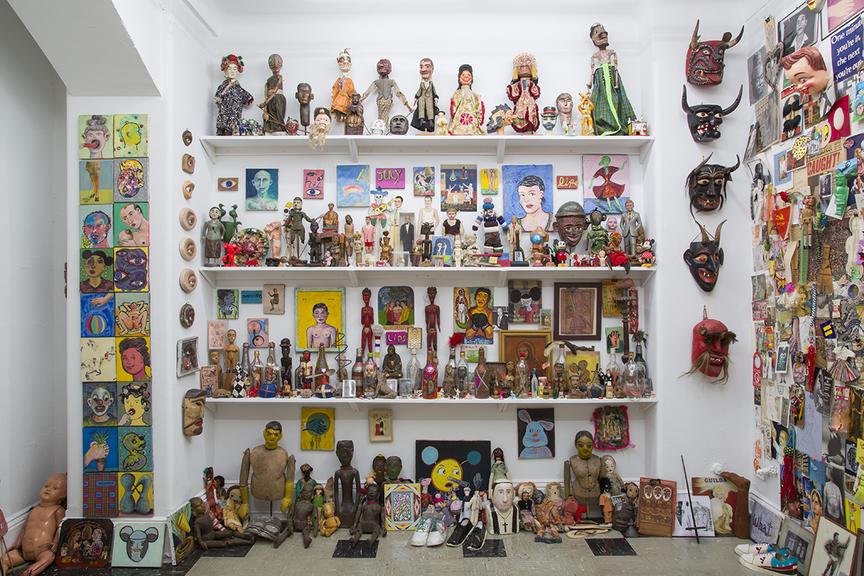 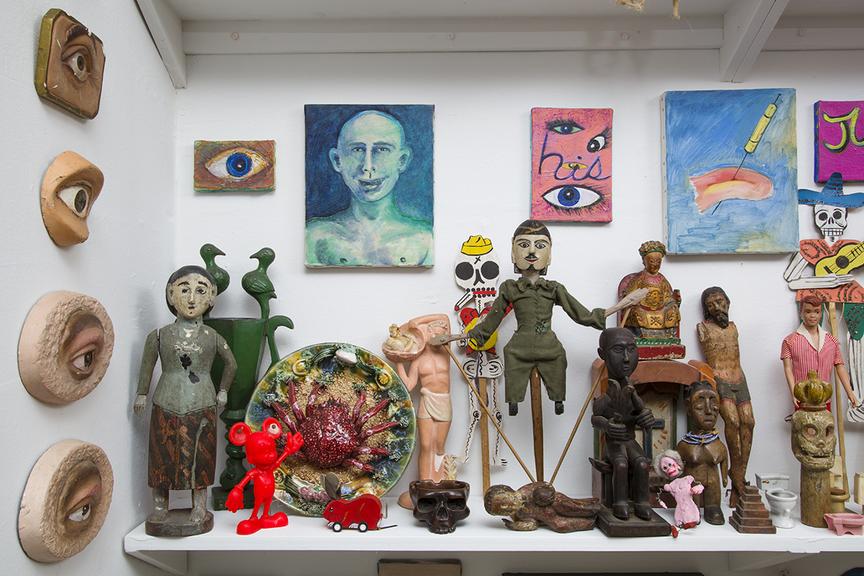 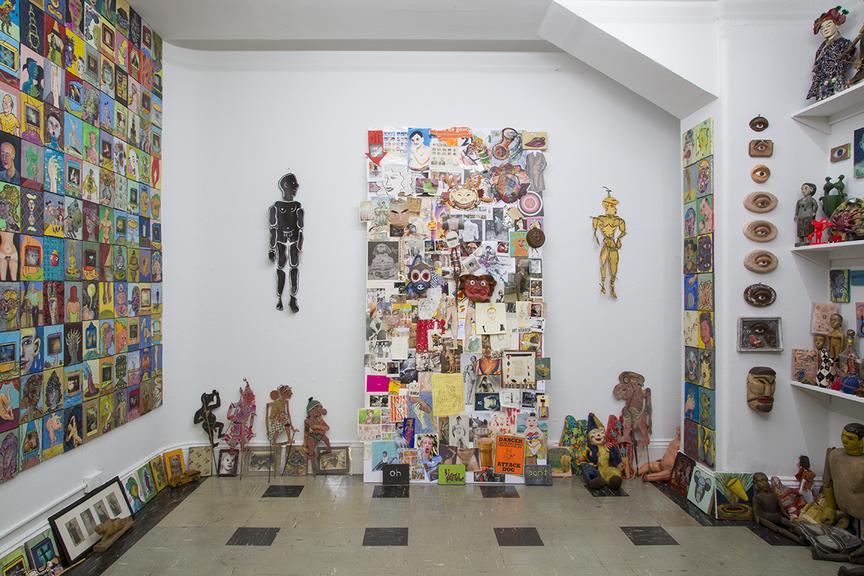 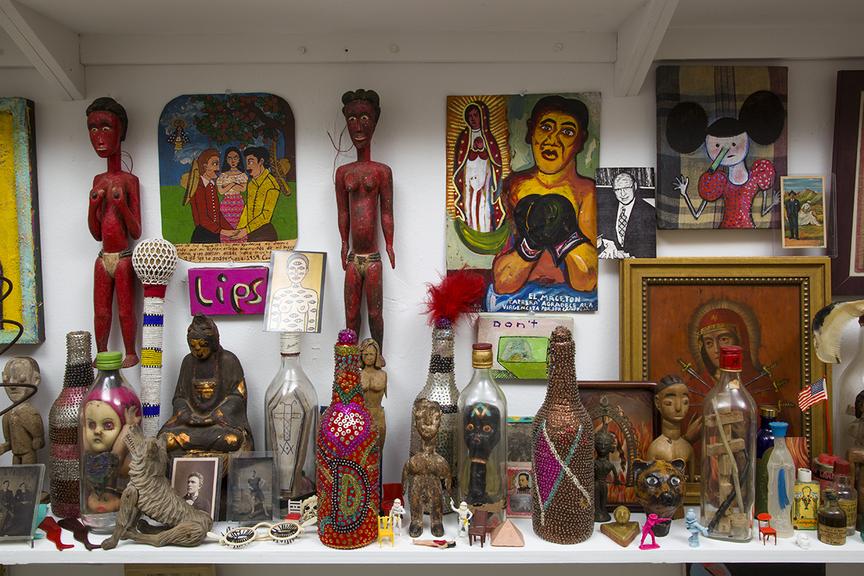