Gordon Robichaux is honored to present Agosto Machado: The Forbidden City, an exhibition of Machado’s collections of artwork and ephemera, and a group of shrine-like installations shown here for the first time outside of his apartment. A singular figure, Machado is a Chinese-Spanish-Filipino-American performance artist, activist, archivist, muse, caretaker, and friend to countless celebrated and underground visual and performing artists. He has been a vital participant and witness to cultural and creative life in New York since the early sixties: art, theater, performance, and film, social and political counter-culture, and the dawn of the gay liberation movement. He’s performed with Jack Smith, Ethyl Eichelberger, Stephen Varble, Angels of Light, and the Cockettes, as well as Warhol Superstars Candy Darling, Holly Woodlawn, Mario Montez, and Jackie Curtis. He’s been a muse for generations of artists including Peter Hujar, Jack Pierson, Tabboo!, Collier Schorr, Alice O’Malley, and Ryan McGinley; a collector of his myriad friends’ work including the art of Arch Connolly, Gilda Pervin, Thomas Lanigan-Schmidt, Uzi Parnes, Ken Tisa, and Martin Wong; self-taught East Village street artists; and part of the cohort of queer revolutionaries, including Sylvia Rivera and   Marsha P. Johnson, with whom he participated in the Stonewall Rebellion.

From the beginning of his time living downtown, Machado felt a profound responsibility to preserve and memorialize his creative community. His acute sense of duty and care is informed by his deep appreciation of the marginal and ephemeral reality of queer and underground creative production and his profound experience of the AIDS crisis, which, in its early days, devastated his downtown arts community and took the life of many of his close friends. In the face of this immeasurable loss, Machado nursed scores of friends and faithfully attended funerals and memorials, saving each announcement, program, and card, many of which feature photographs of their beloved faces. Over the decades, he preserved invites, posters, and flyers from exhibitions and performances he participated in or attended, and collected artwork—“treasures and souvenirs from friendships”—acquired as gifts, through trades and inheritance, or found and bought on the streets of New York.

Through his decades of activity, he’s amassed an extraordinary collection, a kind of lost world, that documents his own life and the wider creative history of downtown New York. These artifacts have been on permanent display as an immersive installation in Machado’s intimate East Village apartment—a museum, shrine, and archive he affectionately calls “The Forbidden City” after the legendary palace in Peking. His collecting and archiving is a way of life—constituting his Gesamtkunstwerk: paper ephemera and photographs fill bookcases, cover memory boards, or are stacked in high piles; prized objects are lovingly arranged and displayed in jars, on shelves and tables, or are tenderly wrapped in scraps of newspaper and paper towels and stored in boxes.

Agosto Machado is of Chinese-Spanish-Filipino descent and has described himself as “an orphan with a sixth-grade education, and a degree from the university of the streets” who feels “very blessed he fell into the most magnificent, wonderful, Alice in Wonderland world of downtown NYC.” He grew up in Hell’s Kitchen in Manhattan until the neighborhood was demolished to make way for Lincoln Center in the late fifties. He decamped to Greenwich Village “to lead the life of a pre-Stonewall street queen,” he has said. “We came to the Village to express ourselves. I didn’t really feel I was part of the majority culture.”

During his time on the streets of the village, he met Candy Darling and Jackie Curtis who brought him to Warhol’s Factory, and Marsha P. Johnson with whom he participated in the Stonewall uprising and first Gay Liberation March in 1970. “Marsha was like a bodhisattva, a holy person walking through the West Village,” Machado recalled for the documentary film Pay It No Mind: The Life and Times of Marsha P. Johnson. “I knew her from the mid-‘60s and through the ‘70s, and Marhsa always gave this placid presence and encouragement to be who you wanted to be. … She would sort of hold court in Sheridan Square saying, “We’re in the village, we’re free, live.’”

The dawn of gay liberation coincided with the growth of underground theater and film, and with Darling and Curtis Machado began performing with “his spiritual mother and father” Ellen Stewart (founder of La MaMa ETC) and John Vaccaro (founder of The Play-House of the Ridiculous). In Machado’s words: “Ellen Stewart was La MaMa. “She started in the winter and it was freezing. She didn’t even have working plumbing, but she was determined to open. Young white men kept going down to the basement, so the neighbors would call the police thinking she was a prostitute. They were unaware that she was trying to start a theater, and that the young men were gay men who were helping her, so they harassed her. She put plants in front of La MaMa to dress up the block, and they poured battery acid over them. They didn’t want any of us coming into the neighborhood.”

In 1971 Machado had his off-off Broadway debut in Vain Victory alongside a star-studded cast that included Jackie Curtis, Candy Darling, Holly Woodlawn, Taylor Mead, and Mario Montez among others. “It never occurred to me that I would cross the footlights, but with the encouragement of Jackie Curtis I suddenly was on the other side, and people were so welcoming. I couldn’t understand why, because I don’t sing, dance, or act!” With characteristic humility and self-effacing humor, Machado attributes his successes on stage to the fact that “the other queens were too busy to rehearse, and I was reliable.”
Machado first met Jack Smith while scavenging fabric in a Crosby Street dumpster. “Jack was a pure genius, a visionary artist who had the strength and determination to carry out his vision with no money. Jack talked about going to the Middle East to shoot, but since he couldn’t afford to, he created an illusion of that faraway place in tenements and city parks. You were in another dimension when you were with him. He’d set up his props and say, ‘You’re walking through the swamp, and there’s a mysterious creature…’” “Jack Smith didn’t invent glitter, but he gave it a sense of purpose. Hibiscus and the Cockettes loved it too,” Machado is reported to have said. “I wasn’t officially a Cockette at that point, but then I was actually voted in when they were in New York.”


Recollecting the performances and atmosphere at Judson Memorial Church, Machado mused, “It was pivotal to the foundation of downtown, because they were so open to freedom of expression. They let so many people—from all the art movements—do their thing. They took away the pews. They had Happenings. There was dance, movement, song, and antiwar speeches. Gender did not matter. It was food for the hungry—every human cause. People trying to help humanity through outreach.” 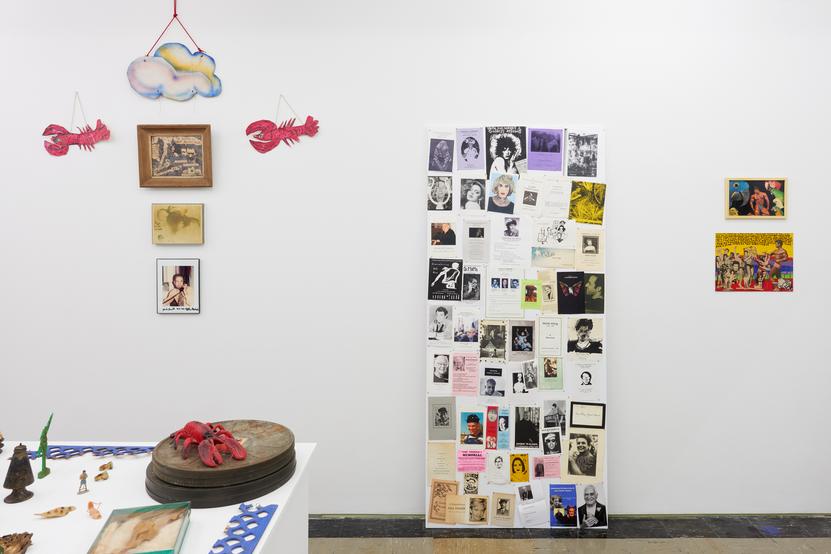